By Ben Miller For Mailonline

Real Madrid‘s bid to sign Borussia Dortmund prodigy Erling Haaland could be scuppered if the striker seeks a move this summer in pursuit of Champions League football next season.

Haaland’s agent, Mino Raiola, is said to have a verbal agreement with Madrid that his client will join the LaLiga leaders in 2022, but Dortmund’s dwindling prospects of qualifying for the Champions League are likely to hasten the 20-year-old’s departure.

Madrid president Florentino Perez’s commitment to a move for Paris Saint-Germain hotshot Kylian Mbappe at the end of this season would rule Dortmund out of contention for Haaland at that point, according to AS. 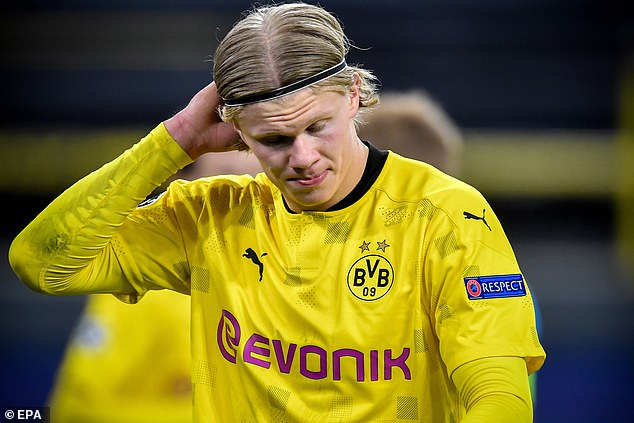 That would put the likes of Manchester City, Manchester United and Chelsea in a stronger position to sign Haaland, who is the top scorer in the Champions League this season with 10 goals.

The Norway talisman’s loss of scoring form against City, failing to notch in either leg of Dortmund’s Champions League quarter-final against the Premier League leaders, could be a result of his frustration at Madrid’s situation, the report says.

Haaland and his father, Alf Inge, flew to Spain with Raiola for high-profile talks with Perez and new Barcelona president Joan Laporta earlier this month.

He is expected to command a transfer fee of at least £100 million and wages of around £30 million a year. 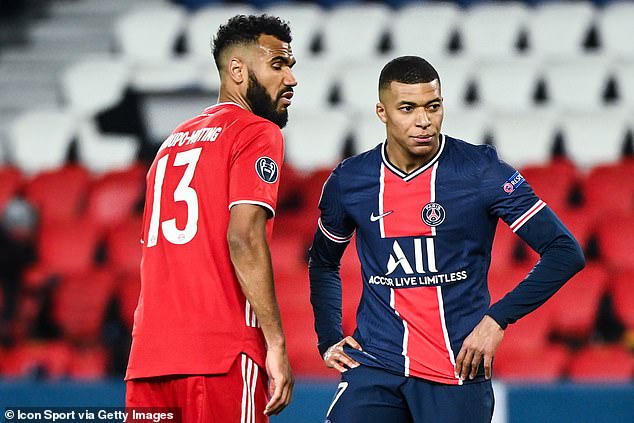 Guardiola told the MEN: ‘The best way to defend against these talented players is to not let them have the ball.

‘They want the ball, they need the ball, so don’t [let them] have it. For that, we need to play well and try to make him stay away from our box.

‘He’s a top-class player and will be stronger in the future… not [just] because he is fast, [but because of] the quality of his first control, how he links with his teammates, [being] strong in the air and good finishing.’

Despite Dortmund’s exit, Haaland remains two goals ahead of Mbappe and four ahead of his teammate, Neymar, and Chelsea’s Olivier Giroud ahead of the semi-finals of the competition later this month.