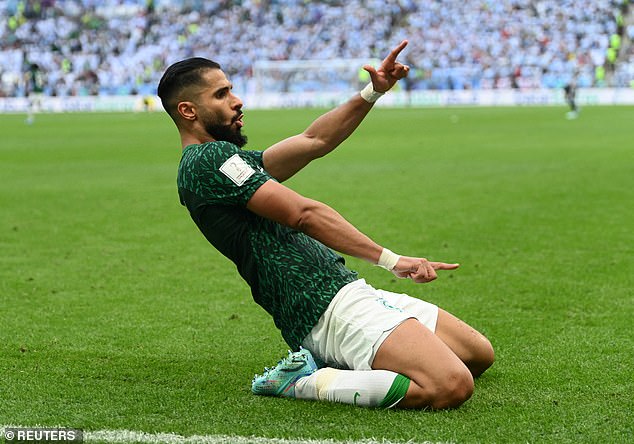 Euphoria! Inside the Saudi Arabian changing room moments after they pulled off the impossible and secured a historic 2-1 World Cup victory over Argentina… they’re popping bottles of water, not champagne!

By Samuel Draper For Mailonline

Saudi Arabia’s players have been filmed wildly celebrating in their changing room after their unlikely 2-1 win over tournament favourites Argentina in their opening match of the 2022 World Cup.

They’d only won three games at the World Cup in their previous five appearances, and were considered heavy underdogs going into the match – but with some top-quality highline defending, and a bit of luck, they were able to see off Argentina.

Despite going behind to an early Lionel Messi penalty, Saudi Arabia were able to withstand constant pressure from a star-studded frontline, with three goals ruled out for offside – including one extremely narrowly, relying on the forward’s shoulder. 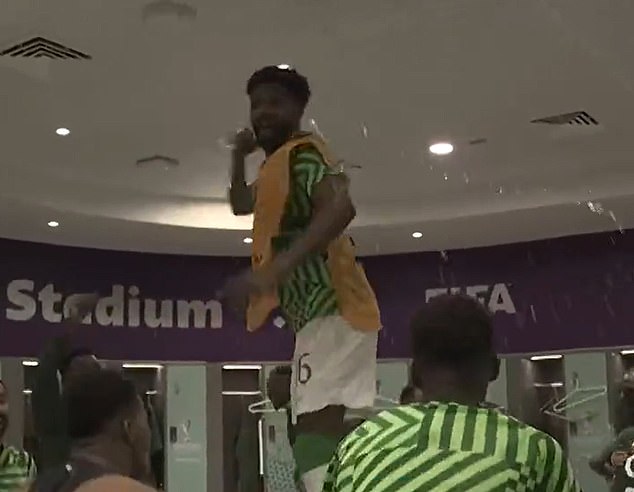 Sami Al-Najei didn’t play, but was important in leading the dressing room celebrations after

Second half goals from Saleh Al-Shehri and Salem Aldawsari put the unlikely Arabian side in front, and they held on valiantly to secure the first three points on offer in Group C.

Unused substitute Sami Al-Najei, who plays club football for Al-Nassr, is seen jumping on the table in the middle of the dressing room, leading a series of delighted cheers from his teammates.

Head coach Herve Renard is also seen giving a thumbs up to the camera as the wild display continued around him.

They also come together for a loud rendition of ‘Ole, Ole, Ole’.

Whilst many other countries would have champagne to toast their celebration, the Saudi Arabia players from a the predominantly Muslim country are surrounded by bottles of water.

It may also be a nod to the tight turnaround before their next fixtures. The players have a narrow window in which to celebrate their win, playing their next match against Poland on Saturday. 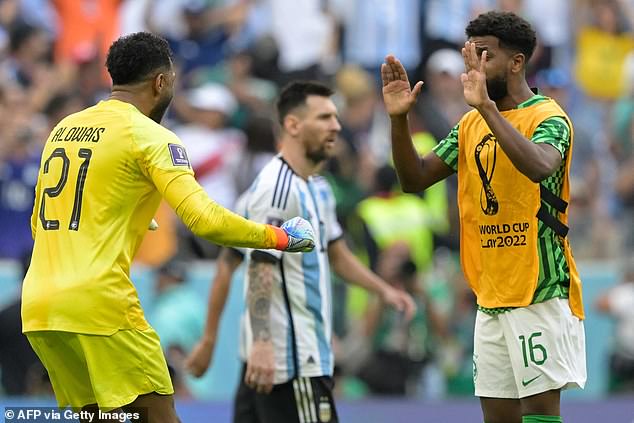 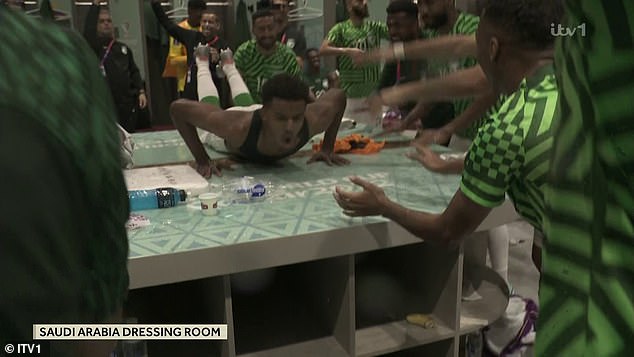 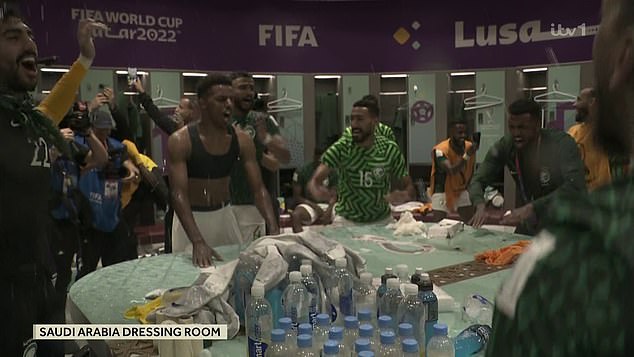 Other images from inside the dressing room in the wake of Saudi Arabia’s win showed the players dancing and otherwise celebrating the result in a way usually seen when teams win the trophy at the end of the competition.

Pictures from outside the Lusail Stadium have also shown a number of Saudi Arabia’s fans celebrating loudly and waving their national flag proudly after the win.

A tweet from ESPN via Spanish outlet Marca also showed some Saudi Arabia supporters repurposing Cristiano Ronaldo’s infamous ‘SIU’ line, in a nod to the eternal debate between the Portuguese megastar and Messi, the captain of the Argentina team they have just humiliated.

After Poland at the weekend, Saudi Arabia’s last group stage match is against Mexico a week on Wednesday. The other two sides in Group C play each other in the third of Tuesday’s four matches at the World Cup. 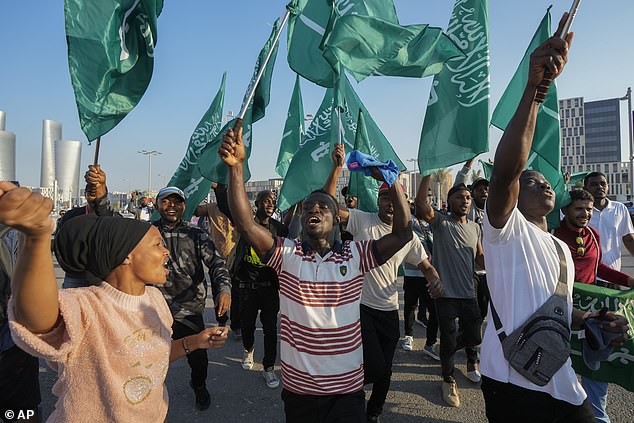