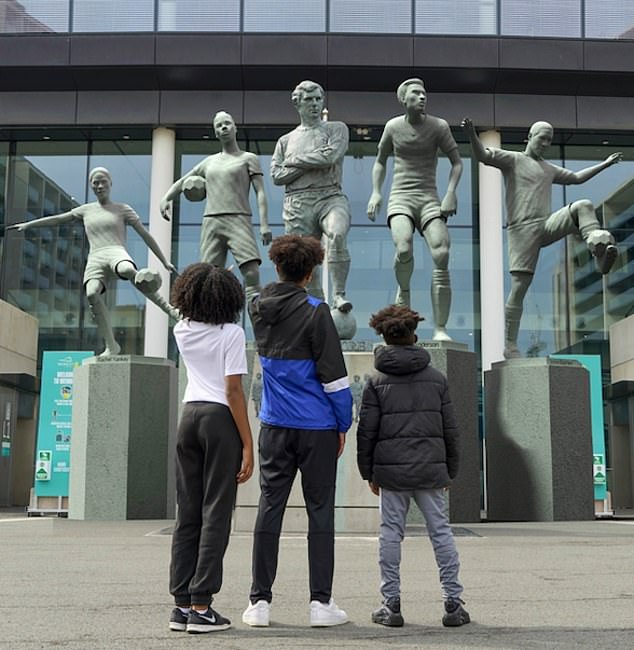 Iconic black England footballers to be immortalised outside Wembley as Augmented Reality statues during Euro 2020 as John Barnes, Viv Anderson, Rachel Yankey and Eartha Pond stand alongside Bobby Moore thanks to Snapchat lens

The eyes of the football world will be focused on Wembley during Euro 2020Four famous black English footballers will be immortalised as virtual statuesA new Snapchat lens will allow fans to discover more about the quartetJohn Barnes, Viv Anderson, Rachel Yankey and Eartha Pond will be featuredJust five of around 200 football statues in the UK feature black players Find out the latest Euro 2020 news including fixtures, live action and results here.

By Adam Shergold for MailOnline

Four of England’s most iconic black footballers will be immortalised in statue form outside Wembley using state-of-the-art Augmented Reality technology during Euro 2020.

With football coming home over the next month, the eyes of the world will be on Wembley and fans with Snapchat can access something impressive outside the famous stadium.

England’s 1966 World Cup-winning captain Bobby Moore has a statue outside Wembley and he will be joined by the virtual likenesses of John Barnes, Viv Anderson, Rachel Yankey and Eartha Pond. 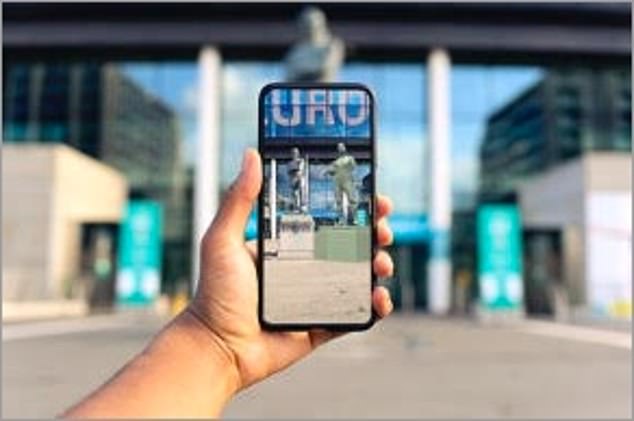 It came as research by Kick It Out, Snapchat and the Augmented Reality company Kugali found that only five out of 200 football statues around the United Kingdom depicted black players.

Indeed, a decade ago, there wasn’t a single statue of a black footballer despite a 25 per cent representation within the English league’s 92 clubs.

Since then, we have seen Thierry Henry immortalised at Arsenal’s Emirates Stadium plus Arthur Wharton at St George’s Park and ‘The Celebration Statue’ – featuring Cyrille Regis, Laurie Cunningham and Brendon Batson – at West Bromwich Albion.