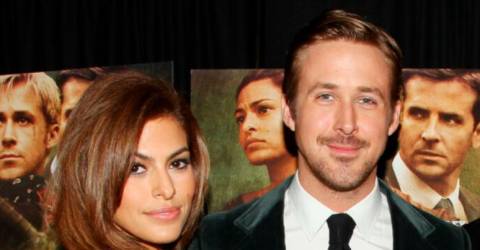 EVA MENDES’ inconspicuous wrist tattoo may be short and sweet, but it may hold a deeper and larger meaning that alludes to her famously private personal life – specifically her 11-year long relationship with actor Ryan Gosling.

A new Instagram post on Tuesday showed Mendes covering her face with her wrist, inked with the words “de Gosling.”

In Hispanic culture, the use of “de” or “of” unifies the woman’s last name with her husband’s after marriage, meaning the star’s tattoo could be indicative of a “Mrs. Gosling” title.

This isn’t the first time fans have had a glimpse at Mendes’ ink.

The sentimental tattoo was first spotted in another Instagram photo shared in September, which led to her followers referring to Gosling as Mendes’ husband.

Mendes and Gosling first met on the set of The Place Beyond the Pines in 2011, in which they played a couple with an infant son.

Their on-screen chemistry turned to real-life love shortly after filming wrapped, with the two beginning their relationship, and sharing two daughters together.

In September 2016, Us Weekly reported that the two had secretly tied the knot. However, sources close to the couple later denied that a wedding had taken place, in a report published by People.

In recent years, Mendes and Gosling have shared tidbits about their home life with daughters Esmeralda Amada and Amada Lee, whom they welcomed in 2014 and 2016 respectively.

While speaking with People in August about her new partnership with Skura Style, for which she’s the brand ambassador and co-owner, Mendes said “my man and my kids” are whom she calls home.

“Wherever they are, that’s just what it is,” Mendes said.

Gosling himself has also shared what his life as a dad of two has been like, revealing how some of his latest projects were even inspired by his daughters.

“Barbie was a way to do that,“ he shared. “Not necessarily like I’m making it for them, but it’s the first time I think they kind of are understanding [it].”