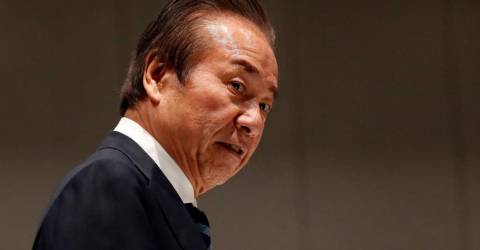 TOKYO: The former head of the Tokyo Olympic and Paralympic Games’ organising committee, Haruyuki Takahashi, has been arrested on the suspicion of receiving a bribe, reported Sputnik.

In late July, Japanese police searched Takahashi’s house and the headquarters of advertising company Dentsu, which was involved in the selection process of the Tokyo Olympics sponsors, NHK broadcaster said. Takahashi was a member of the board of directors of the company, the report noted.

Takahashi is suspected of receiving a bribe of 45 million yen (US$334,590), according to the broadcaster. The investigators believe that Dentsu received this sum of money from one of the sponsors of the Olympics, clothing company AOKI, under a contract for providing consulting services. Approximately at the same time, AOKI received a contract for the production of official Olympics committee costumes and the use of Olympic symbols, the report said.

Three more people, including former chairman of AOKI Holdings Hironori Aoki, have been arrested in connection with the case, according to investigators.

Kyodo news agency reported that Takahashi has been arrested on the charges of receiving 51 million yen in bribes.

The International Olympic Committee prohibits the head of the Olympic organising committee from receiving remuneration for activities related to their work.

Takahashi has denied all accusations, insisting that the consulting services concerned sports in general, and not the Olympics.

The Summer Olympics in Tokyo were scheduled for 2020, but were postponed for a year due to the coronavirus pandemic. The games were mired in several controversies, and finally took place from July 23 to August 8, 2021, becoming the first in history to be held without spectators. – Bernama