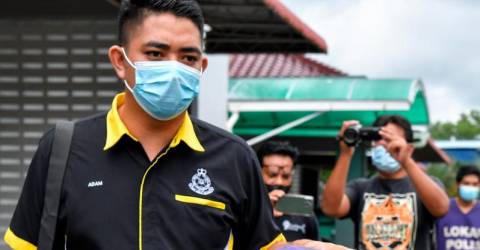 KUALA TERENGGANU: The co-driver of an express bus has been remanded for investigation into the alleged molestation of a woman passenger who was asleep during her journey from Kelantan to Melaka yesterday.

The four-day remand order until Thursday was issued by court registrar Tuan Hairul Azhar Mohamad against the 27-year-old man following an application by police who are investigating the case under Section 354 of the Penal Code.

The 21-year-old passenger alleged that the co-driver molested her when the bus stopped for a break in Ajil, Hulu Terengganu at about 4 am.

Police arrested the co-driver, who is from Kota Tinggi in Johor, when the bus arrived at the Melaka Sentral Terminal at about 10.30 am yesterday.

Hulu Terengganu district police chief DSP Mohd Adli Mat Daud, when contacted, confirmed the arrest of the suspect in the case involving a student of a teacher training college in Melaka. – Bernama