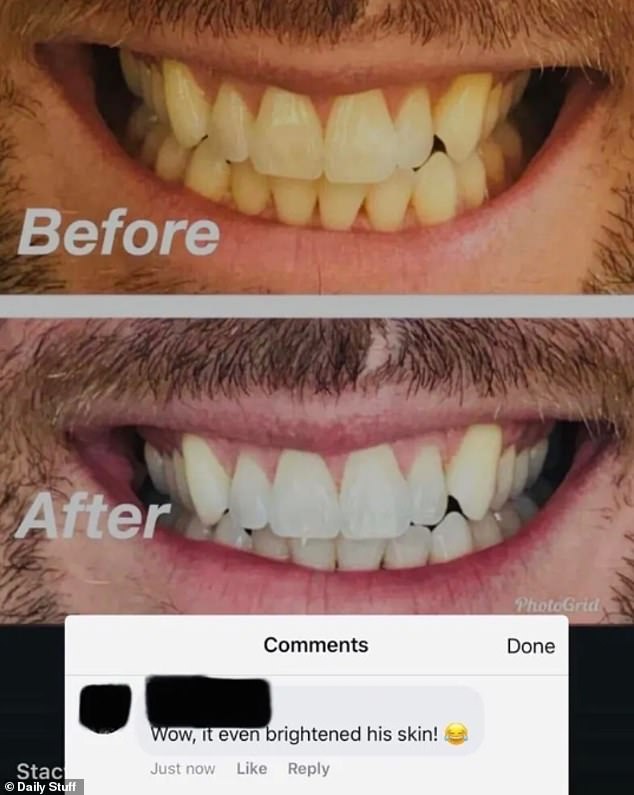 There’s no shortage of people bending the truth on social media, but every now and then a hero appears, ready to tackle misinformation with facts and receipts at the ready.

Daily Stuff has compiled a selection of the best times social media users around the world called out liars online, including a resident of Pesaro, Italy, dismissed the claim that a picture of an opera installation was a ‘photo copy shop’ in Delhi, India.

Elsewhere, someone shared a photo of what they claimed was a protest over fuel prices Germany – only for someone to step in and explain it was a snap of a traffic jam in China.

And a reviewer called a restaurant in Cardiff ‘the biggest rip-off’ – but was quickly humbled when the bar replied to point out they hadn’t even opened yet.

The tooth and nothing but the tooth! Nobody was fooled by this before and after dental whitening snap, which seems to have been achieved by lightening the photo 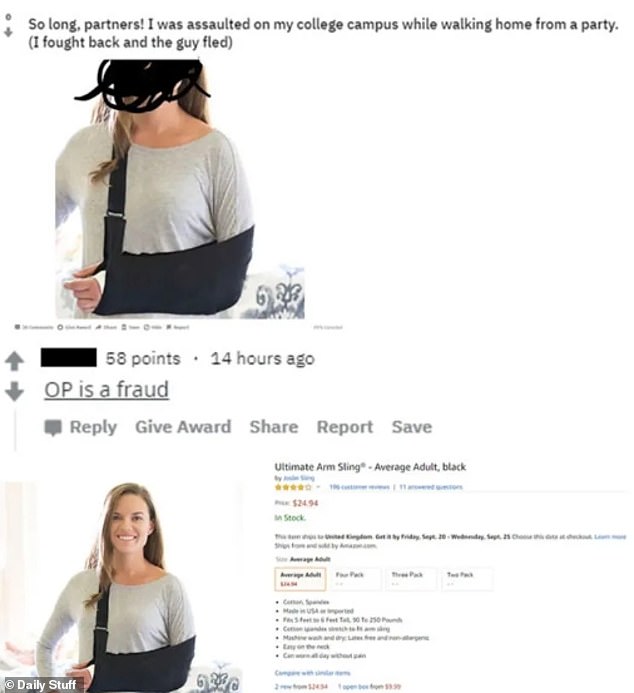 A Redittor wasn’t fooled by the photo of a woman from the US who claimed to have faced off a an aggressor, pointing out that they used stock imagery from Amazon 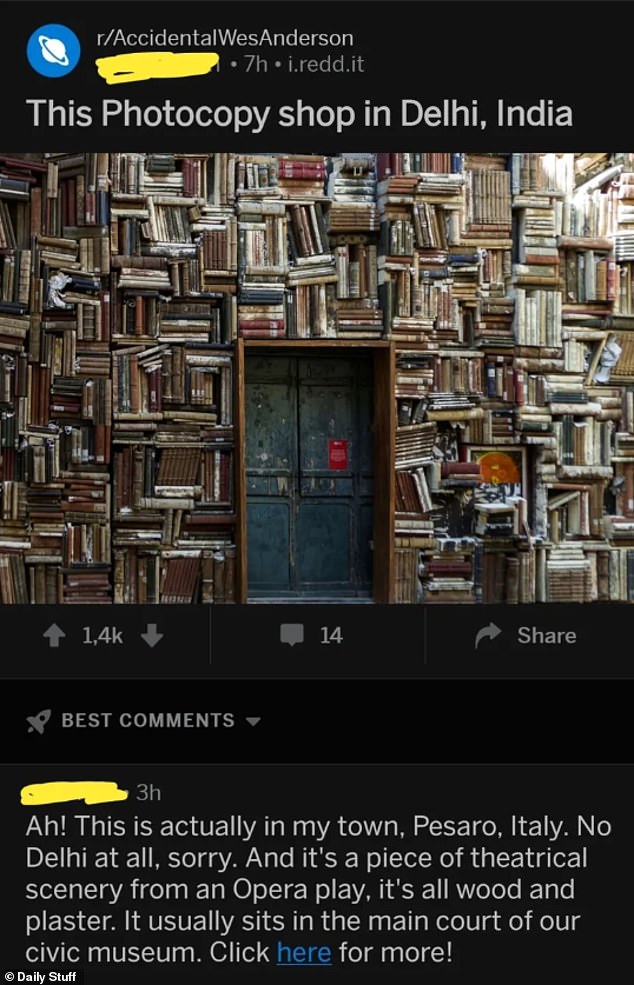 This poster from Pesaro, Italy, dismissed the claim that an image of an opera installation was a ‘photo copy shop’ in Delhi, India 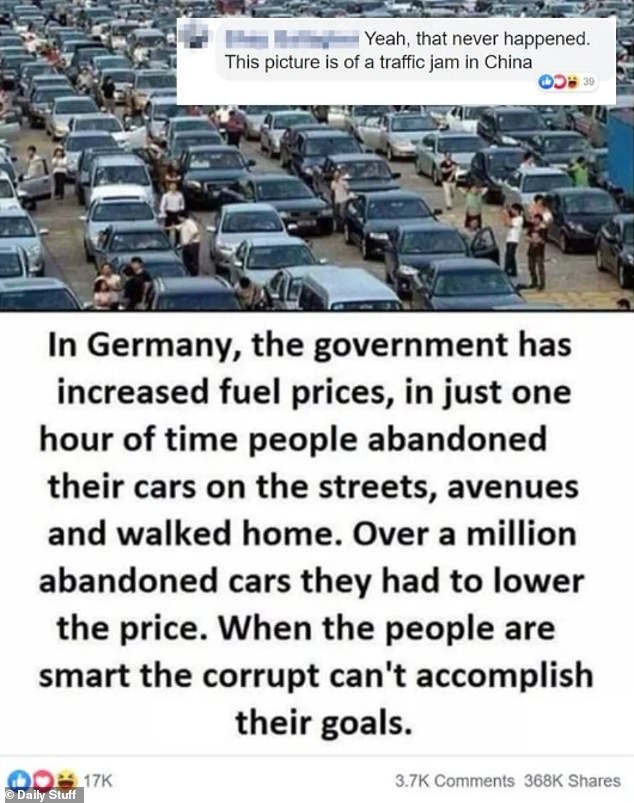 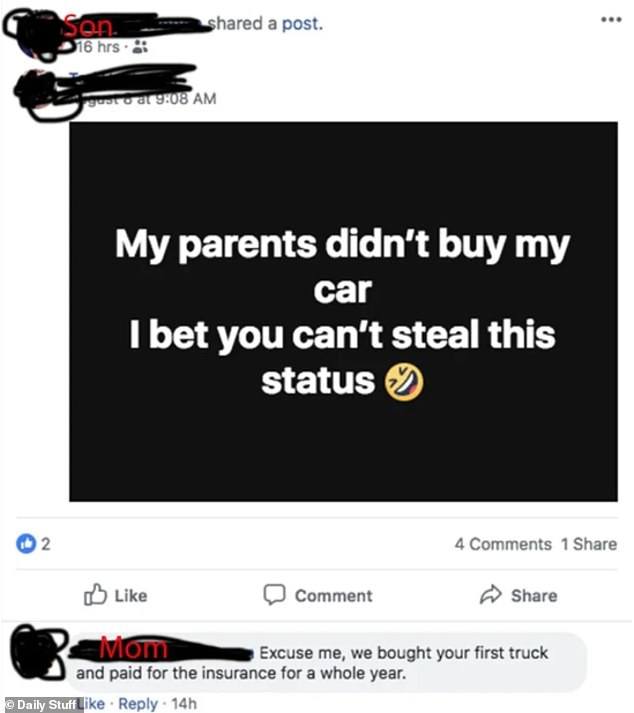 One braggy social media user from the US tried to boast that his parents didn’t buy his car, but was quickly called out in the comments by his own mother 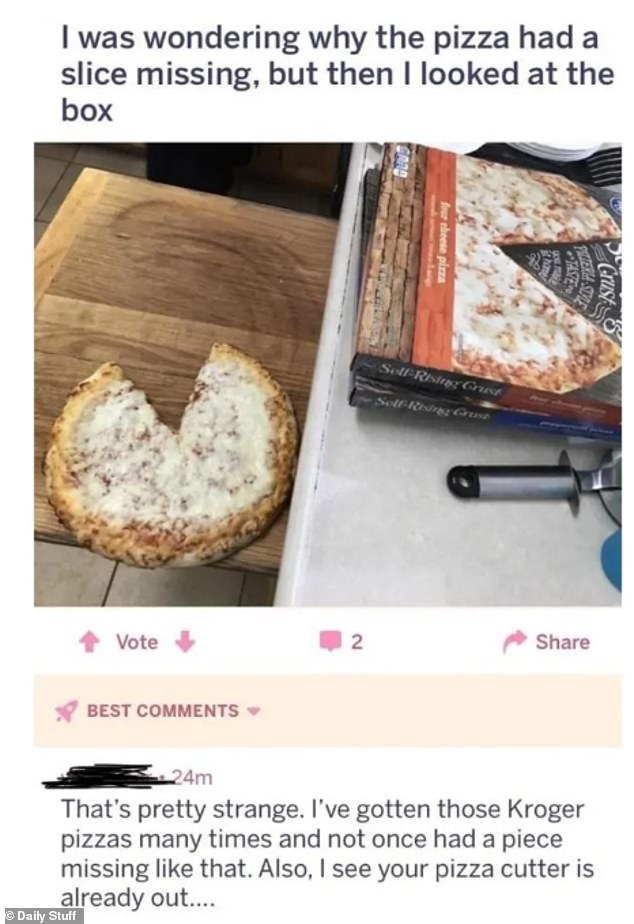 Pizza my mind! This diner from the US didn’t fool anyone with the claim that their pizza was missing a slice 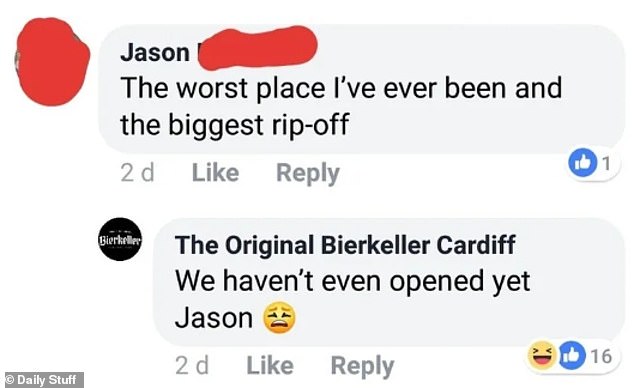 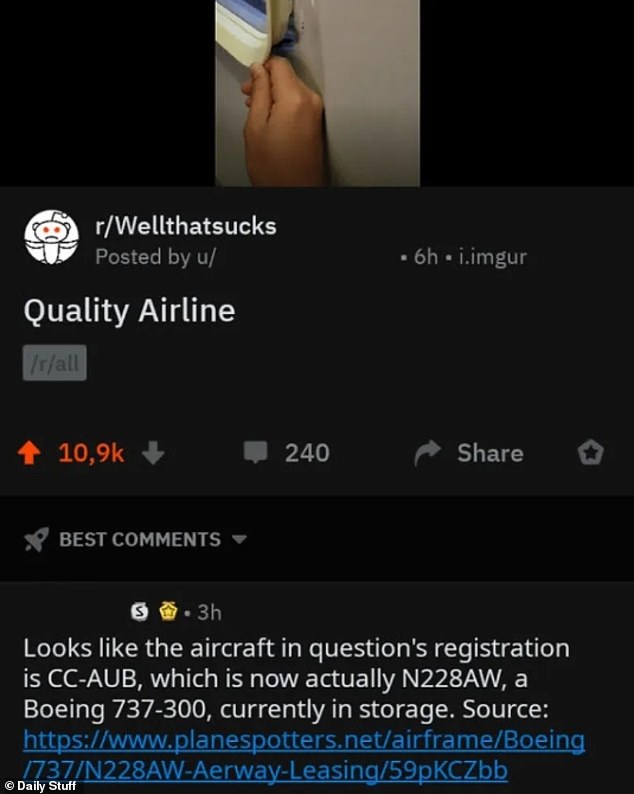 Plane lies! A traveller who claimed their aircraft was falling apart was quickly caught out on Reddit 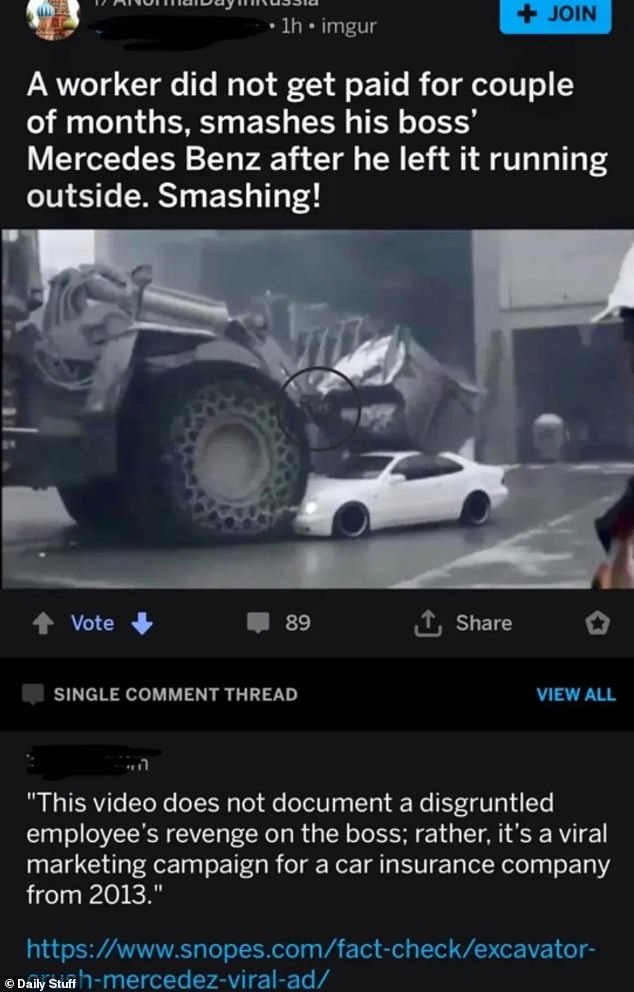 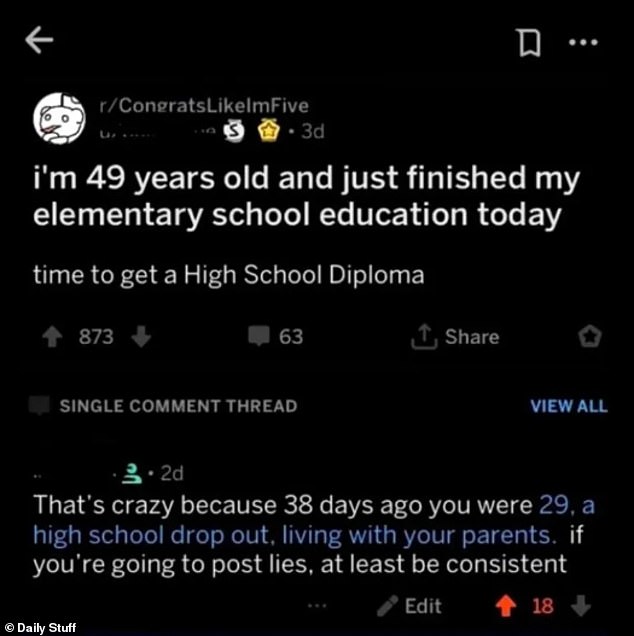 Bad education! Someone from the US claimed they had just finished their elementary school education. But an observant commenter pointed out that an earlier post of theirs claimed they were a high-school dropout