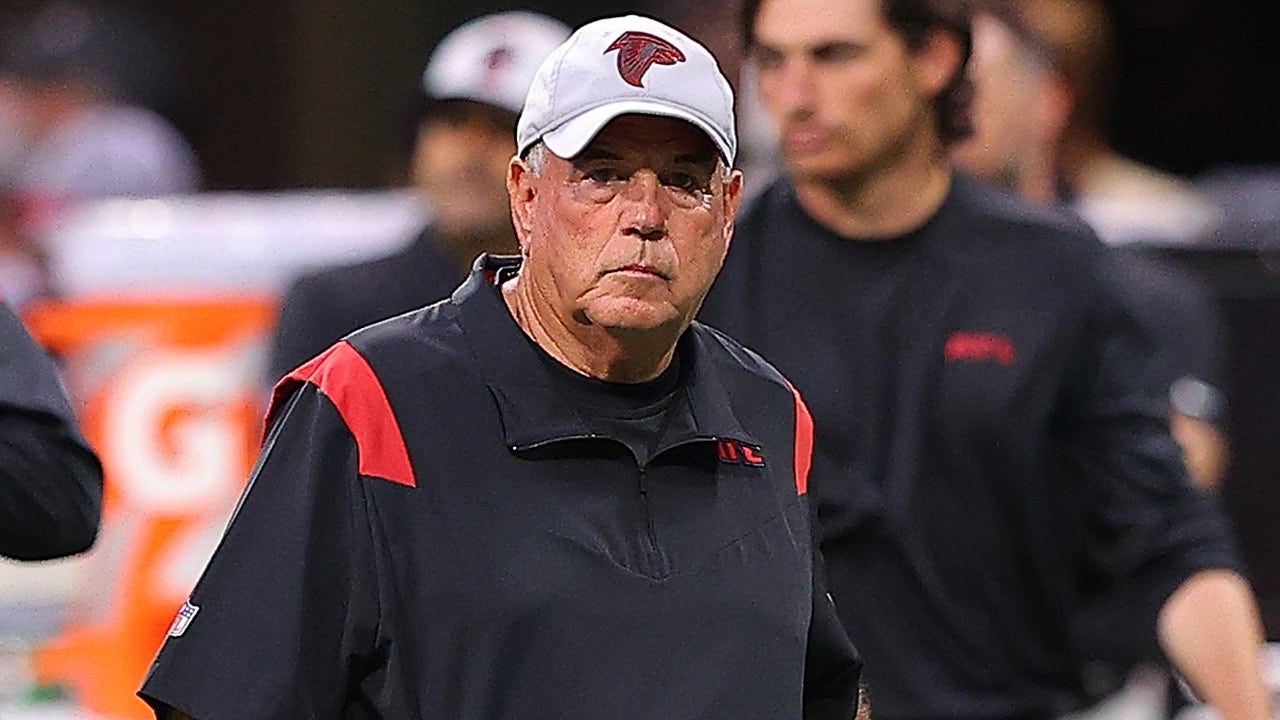 A student of defenses since before his coaching career began in 1979, Pees has a motive for every scheme he assigns his units. The two-time Super Bowl-winning coach is now leading the Falcons’ defense, also reuniting with fellow Titans coach Arthur Smith.

MIAMI GARDENS, FLORIDA – OCTOBER 24: Foye Oluokun #54 of the Atlanta Falcons celebrates with teammates after intercepting a pass from Tua Tagovailoa #1 of the Miami Dolphins (not pictured) during the fourth quarter at Hard Rock Stadium on October 24, 2021 in Miami Gardens, Florida.
(Michael Reaves/Getty Images)

Their new regime is still working out the kinks, currently at .500 (3-3). However, the coaching staff is being pressed by the media on the slow start. One reporter asked Pees on Friday about the 10 total sack count (30th worst in the NFL) posted by the Falcons defense, and why he hasn’t “pressured more.”

Pees took the rudimentary advice and gave a surgical approach toward “pressuring more” as an instruction for his defensive unit.

“I’ve been doing this a long time,” Pees responded, then pitting the reporter with the dilemma of not having an apt defensive line to actually pressure the opposing quarterback, thus leaving the secondary on pins and needles for big completions.

The coach briefed the reporter on adjustments made since the Falcons lost to the Philadelphia Eagles, 32-6, in Week 1, and how his constant rotations are sparking an improved performance — going 3-2 since the trip to Philly.

Atlanta is currently third in the NFC South but will face off against intradivision opponents (Panthers, Saints) for the next two contests. With consecutive wins, the team could climb to second and cool some of the expectations from Atlanta’s reporters.