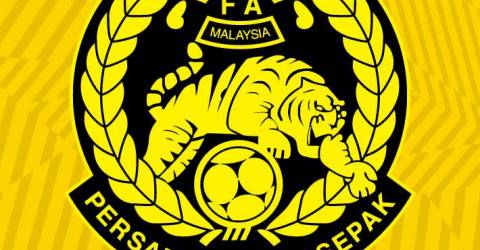 PETALING JAYA: The Football Association of Malaysia (FAM) are ready to introduce Video Assistant Referee (VAR) technology in the Malaysia League (M-League) next year, starting with the FA Cup and Malaysia Cup competitions.

FAM deputy president Datuk Mohd Yusoff Mahadi said they are currently researching and holding discussions to realise the ambition, which will see the national football arena take another step forward.

“For now, we are only discussing whether to have VAR in 2023 for the FA Cup and Malaysia Cup, not yet for the league competition.

“So far, everyone in the executive committee has agreed that we use the VAR for both competitions but this depends on the FAM technical committee led by Datuk S. Sivasundaram,“ he said at a press conference of the sixth FAM Executive Committee Meeting for the 2021-2025 term at Wisma FAM in Kelana Jaya today.

Sivasundaram, meanwhile, said some of the factors that need to be taken into consideration include the high cost that can reach up to millions of ringgit, the quality of internet access at the venues and the capability in terms of equipment involving the broadcasting aspect.

As such, Sivasundaram, who is also the FAM deputy president, said the use of VAR for the FA Cup and Malaysia Cup may be confined to certain matches, such as the semi-finals and finals.

“We need to discuss this with the MFL (Malaysian Football League) because they are the governing body of the M-League,” he said, adding that some local referees would be sent to attend the VAR course for six to nine months.

Recently, FAM held a meeting with two companies, Hawk-Eye Innovations and Mediapro, to obtain important details and data about the VAR technology that is widely used internationally.

Hawk-Eye Innovations and Mediapro are no strangers to VAR technology as their expertise is much sought-after in the top leagues in Europe and continental tournaments.

In another development, Mohd Yusoff said FAM are waiting for a decision from the Qatar Football Association (QFA) before sending the national Under-16 squad to train there for a month in preparation for the 2023 Under-17 Asian Cup scheduled for May.