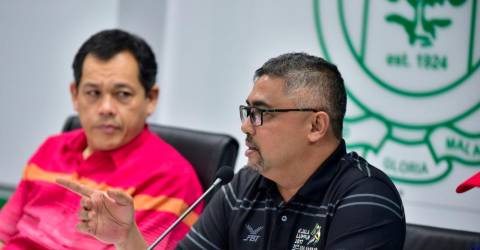 FAM secretary-general, Noor Azman Rahman said the matter will be decided in the meeting of the governing body next Tuesday.

“Maybe we will use SNBJ…but whatever it is, we will finalise with the management,“ he told reporters at the 2022 AFF Cup football clinic programme, here today.

He was commenting on the use of SNBJ which is said to be also organising several other events during the AFF Cup period from Dec 20 to Jan 16 next year.

According to the initial schedule, Malaysia is expected to host matches against Laos and Singapore scheduled on Dec 24 and Jan 3 next year.

It is understood that, in addition to SNBJ, the Kuala Lumpur Stadium in Cheras is also listed as a venue in the Klang Valley area while the other three stadiums involved are Hang Jebat Stadium in Melaka, Sultan Mizan Zainal Abidin Stadium in Kuala Terengganu, Terengganu and Sultan Ibrahim Stadium in Iskandar Puteri, Johor.

Meanwhile, Noor Azman said ahead of the AFF Cup, FAM is also planning to hold a series of Tier 1 friendly matches for Harimau Malaya and the teams will be decided later. – Bernama