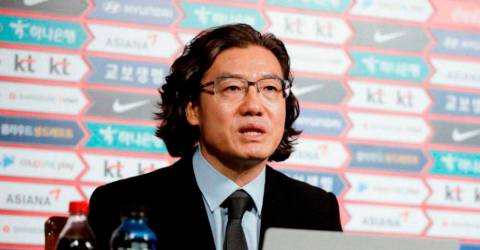 PETALING JAYA: Football Association of Malaysia (FAM) president Datuk Hamidin Mohd Amin has said that FAM is ready to invest more for the betterment of the team and country, The Vibes reports.

He said this when asked about the next steps to bring the national team to greater heights.

“We need to be able to spend on the things that matter. Pan-gon(pix) is ready and knows what needs to be done.

“He has requested many things from us, we have no issues providing them as he knows how to utilise them well.

“When someone demands something, they must justify it, and Pan-gon has been proving that it is all for the betterment of the team and country,” he reportedly said.

Hamidin also said that all the investments done to the Harimau Malaya are for the Malaysian people, as the sport brings people together and gives them national pride.

“Football is for the people, it brings everyone together during good and bad times.

“When we play bad, everyone harps on us, rightfully so. I hope the current success gives everyone something to cheer on, and I hope they keep supporting us.”

The South Korean became the national sensation after steering Malaysia to the 2023 Asian Cup after 43 years in the wilderness.

He said he was able to do his job because of the support given to him by all the parties involved in the national cause.