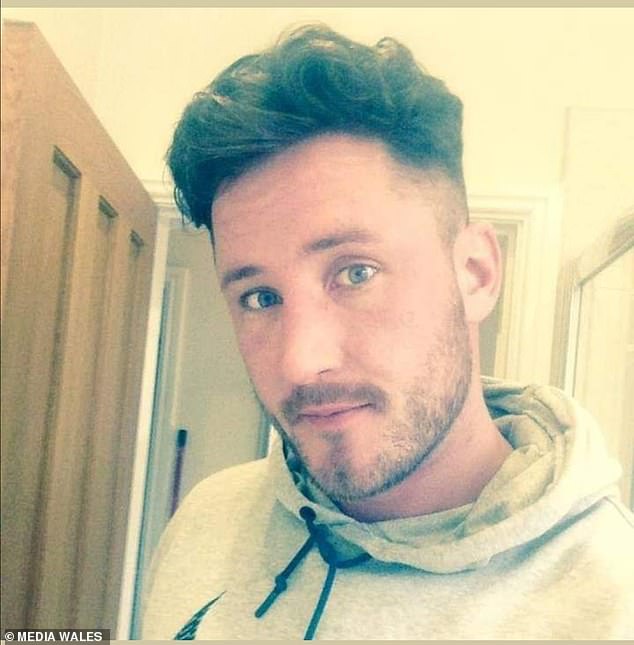 Father, 37, is paralysed from chest down and brain damaged after falling off a trampoline in his friend’s garden

By Isabella Nikolic For Mailonline

A father has been left unconscious and paralysed from the chest down following a freak accident when he fell off a trampoline and dislocated his neck.

Rob Harcourt, 37, from Stockton-on-Tees, near Middlesbrough, has been in intensive care for the past three weeks where he has undergone surgeries to stabilise a fracture in his neck.

The scaffolder had been at a friend’s house playing on his trampoline when he fell off and dislocated his neck.

He was rushed to James Cook University Hospital for emergency surgery and underwent an operation after fluid was found on his brain.

Mr Harcourt then had an eight-hour operation to help the fracture in his neck.

Rob Harcourt (pictured), 37, from Stockton-on-Tees, near Middlesbrough, has been in intensive care for the past three weeks where he has undergone surgeries to stabilise a fracture in his neck

He then suffered a cardiac arrest and his heart stopped for more than three minutes, leaving him in a critical condition.

He is also on blood thinners because of a clot and has a high temperature which has forced him to be hooked up to a machine that is designed to cool down his body.

Mr Harcourt is now being weaned off his ventilator in the hope he will regain consciousness and breathe independently.

But it is likely that he will never walk again and there is some damage to his brain.

His mother Jackie Graves and partner Jade Higgins have visited Rob every day in hospital since the incident and say they have been ‘deeply humbled’ by a GoFundMe page set up by their friends to help cover Jade’s household bills and other expenses during this tragic time.

Amanda Jones, from Llangwyryfon, near Aberystwyth, whose husband Alan is good friends with Rob, set up the fundraising page which has surpassed £5,500 in just a few days. 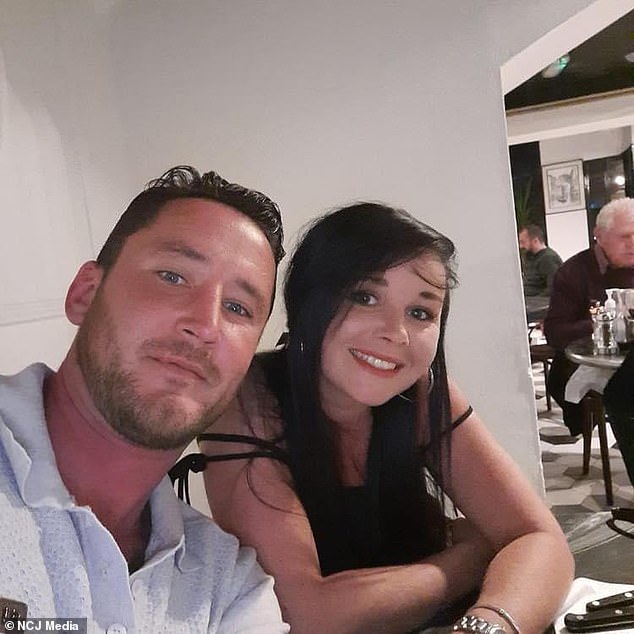 ‘It’s really humbling and shows what people can do if they pull together,’ said Amanda.

‘Rob has had a series of blood clots, he’s had a cardiac arrest, he’s had swelling on his brain. Hopefully he’s turning a corner now and, touch wood, he will come out the other side. It’s just a bit of a waiting game now to see when he’s going to wake up and how he’s going to be.

‘You just don’t think something like that is ever going to happen. He’s such an active, outdoorsy kind of lad. It’s all been so stressful for the family, and me and my husband thought the only way we could help was to set up this fundraiser and give Jade a little bit of breathing room.’

‘We won’t know the impact of that until he wakes up,’ Amanda added.

‘We are really grateful for all the contributions to the fund, it’s helping enormously and is very humbling.’