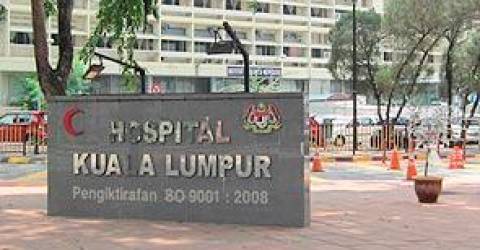 PETALING JAYA: The fear of discovering they have a disease seems to be among the reasons many Malaysians avoid going for health screenings, said Malaysian Medical Association (MMA) president Dr Koh Kar Chai.

He said while health screenings can help in the early detection of illnesses, which lead to lower treatment costs and better outcomes for patients, many avoid doing so out of fear.

“When it comes to health screening, people are divided into three groups. The first will go for frequent screenings for fear of missing an illness. Next, are the regular ones who will go for it when advised to do so and finally, we have those who will never go for screening because they feel fine or are worried that they may have a sinister disease and prefer not to know about it.”

Koh added that it was this last group that authorities needed to reach as they had to be persuaded to get their health checked.

“In urban areas, we see younger people going for screening, with some as early as school going age because their parents are concerned about the health of their young ones.

“But in general, many in the productive age groups are getting themselves screened. It is no more the elderly who are going for health screenings.”

Koh said the Health Ministry has launched campaigns to allow the lower income group to go for screenings, with the move expected to be expanded in the long term.

“There are many screening programmes offered in the private sector.

“Apart from those who walk into private clinics and hospitals on their own, many companies and factories have some sort of medical screening benefits for their staff.

“Instead of the government providing separate health screenings, which may not be taken up, it may be worthwhile to work with large companies to partly subsidise their annual staff screening,” he said.

Koh said health screenings can help in the early detection of illnesses, which lead to lower treatment costs and better outcomes for patients.