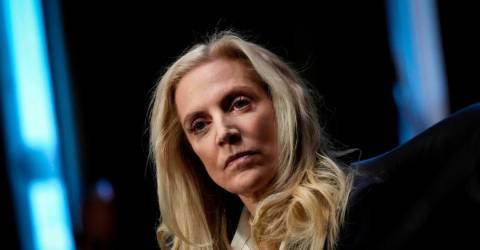 Inflation has come down from a 40-year high as the Fed increased rates steeply over the last year to cool the world’s biggest economy, and officials have warned against loosening policy prematurely.

“Even with the recent moderation, inflation remains high, and policy will need to be sufficiently restrictive for some time,” Brainard said in prepared remarks for an event in Chicago.

This is to ensure inflation returns to 2% on a sustained basis, she said.

In the past year, the Fed has raised the benchmark lending rate rapidly from around zero to 4.25-4.50%. Brainard’s latest remarks suggest rates will have to stay high for a while.

And given a lag in transmission from the Fed’s aggressive campaign, Brainard warned of a greater “drag on US growth and employment” this year.

“It is likely that the full effect on demand, employment, and inflation of the cumulative tightening that is in the pipeline still lies ahead,” she said.

But for now, there is evidence that persistent components of inflation are coming down, along with signs of a deceleration in wages.

Wages do not appear to be driving inflation in a “1970s-style” spiral, she said.

Signs also point to the possibility that continued moderation in demand could allow the labor market to ease further and inflation to fall, without “significant loss of employment,“ added Brainard. – AFP