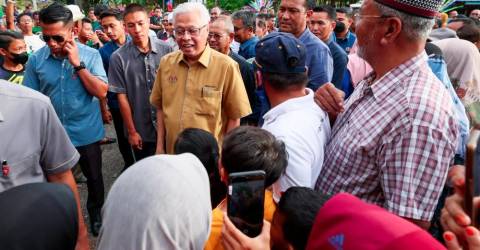 He said the project, covering an area of ​​about 1.2 hectares (three acres), was approved during the Barisan Nasional (BN) administration, the groundbreaking ceremony in which he himself officiated.

“I was informed that after the project was cancelled, the Pahang government re-acquired the land as it was state-owned. I met Menteri Besar (Datuk Seri Wan Rosdy Wan Ismail) and asked if the project should be continued and he said he will consider that possibility.

“In addition, I also met Perbadanan PR1MA Malaysia (PR1MA) officials to take over the project and they have agreed to it,” he said at the ‘Moh Ngeteh Bersama Komuniti Gugusan Tambangau’ programme at FGV Ladang Tembangau 3 here today.

Ismail Sabri, the incumbent Bera MP, said the housing project was implemented to ease the burden of Felcra participants by owning a house as payments can be made in installments or through dividend deductions.

In a related development, Ismail Sabri also urged plantation owners to allow some flexibility for retired workers so that they would not have to immediately vacate their housing quarters.

“I believe in the first two, three months of retirement, it is not easy to find a new home. I hope these retired workers can be given a grace period to stay put for two or three months while looking for a new place to stay,” he said.

At the event, Ismail Sabri also approved a RM200,000 allocation for the construction of a transit hall at the Felda Tembangau 3 Mosque for the convenience of residents and travellers. – Bernama