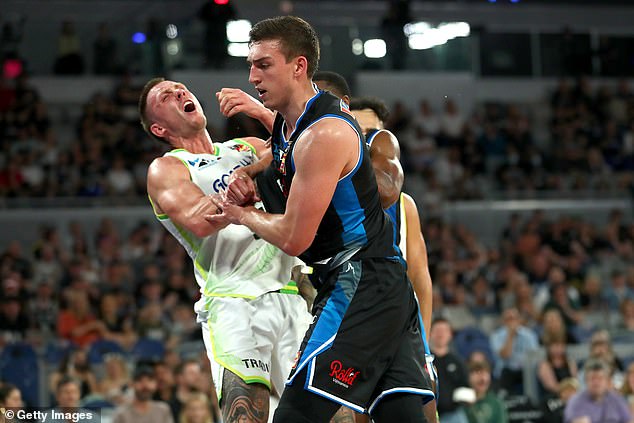 
Tempers boiled over in one of NBL’s fiercest rivalries when one of Australia’s biggest basketball stars flattened and another booted from the court.

Reigning champions Melbourne United and crosstown South East Melbourne Phoenix continued their bitter rivalry when they faced off on Sunday.

Phoenix were up three points late in the third quarter when Mitch Creek landed a slam dunk, flattening Australian Boomers legend Matthew Dellavedova in the process.

Creek then stood over his opponent to taunt him, sparking an enraged brain snap from United forward Mason Peatling.

Peatling charged at the Phoenix veteran, sparking a bench-clearing brawl as players from both teams joined the fracas that spilled onto the sidelines.

The wild scenes disappointed Australian basketball great Andrew Gaze, who was in the commentary box.

‘Really silly stuff from Peatling. Not necessary,’ he said. ‘What was Peatling thinking? Sometimes you’ve just got to wear it.’

His co-commentator added: “Not the smartest thing in the world.’

Fans were just as shocked.

‘Oh. My. Goodness. Mitch Creek chose violence! Letting Delly know and Mason Peatling did not like it. All going on,’ one tweeted. 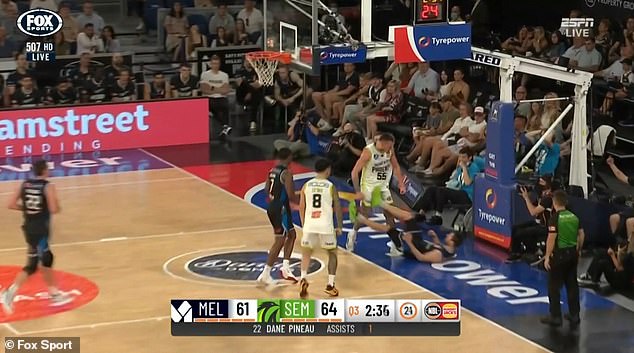 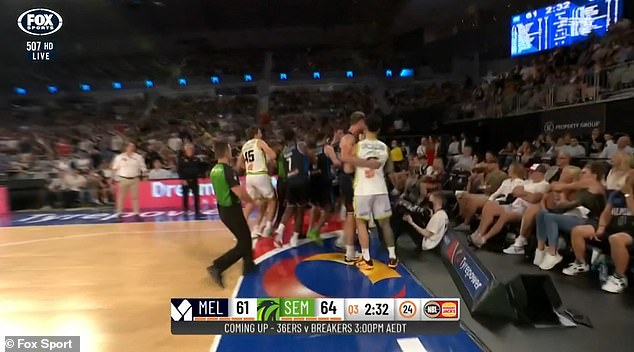 Others were infuriated by Peatling’s actions.

‘You absolute weak coward. Not even man enough to confront Creek from the front. You are an absolute disgrace and coward,’ one fan wrote.

Even Phoenix’s social media team weighed in on the spiteful incident.

‘THROWDOWN XIII HAS EXPLODED!!,’ the club captioned the footage of Twitter.

Peatling was ejected from the court while Creek had a technical foul issued against him, as United fans booed him for the rest of the match.

Creek’s teammate Izayah Le’Afa also copped an unsportsmanlike foul for his role in the brawl.

United remains winless after their first two games of the season. 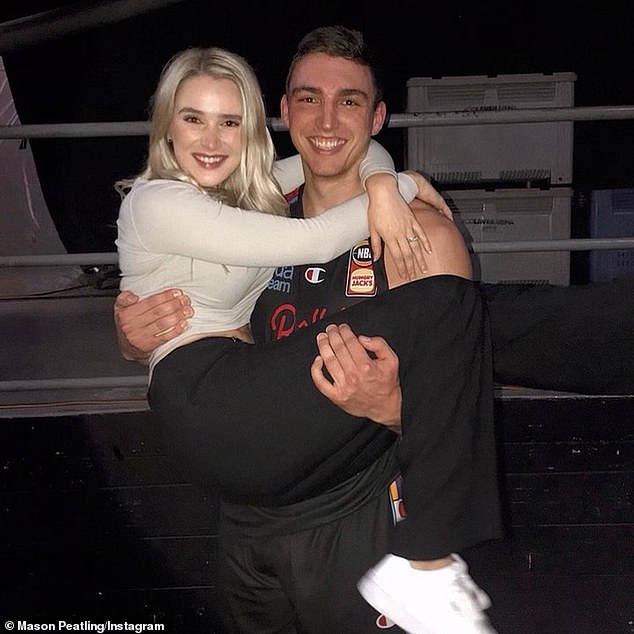