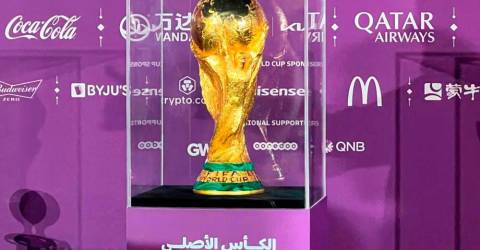 GENEVA: One month after Argentina won the Qatar World Cup, FIFA announced early figures of the tournament, showing around five billion people have engaged with the World Cup, reported Xinhua.

“On social media, according to Nielsen, there have been 93.6 million posts across all platforms, with a 262 billion cumulative reach and 5.95 billion engagements,“ a FIFA news release announced on Wednesday.

Qatar 2022 created a series of World Cup records as 3.4 million spectators watched the matches in stadiums – the most in history – and 172 goals were scored during the tournament, also the highest.

Lionel Messi of Argentina played the most (26) World Cup matches to overtake the record set by Lothar Matthaus of Germany, and a 68-second goal from Canada’s Alphonso Davies in a match against Croatia was the fastest goal in World Cup history. At just 18 years and 110 days, Spain’s Gavi became the youngest goal scorer at a World Cup since Pele in 1958.

Some of the other firsts include the first World Cup hosted by an Arabian country; the first female referee at a men’s World Cup; the first African team (Morocco) to reach the semifinals; and three Asian teams qualifying for the round of 16 for the first time. –Bernama