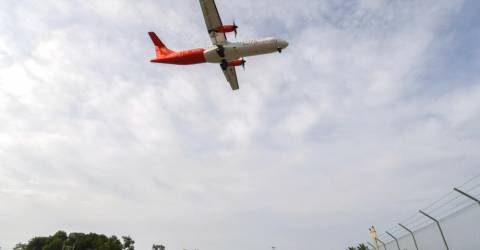 “More direct domestic flights to Sarawak will drive mobility and flexibility, which will facilitate visitor arrivals, one of the key contributors of economic growth,” he said.

He said this at a press conference after witnessing the arrival of the inaugural direct Firefly flight from Penang at the Kuching International Airport here today.

The reinstatement of Firefly’s jet operations from its Penang Hub marked another significant milestone in the group’s path to spur air travel and domestic tourism recovery.

Abdul Karim said this would help Sarawak to achieve its target of 1.2 million tourist arrivals this year.

“We look forward to seeing more new direct routes and increasing the frequency of direct flights from domestic hubs in Malaysia such as Penang, Kuala Lumpur, Langkawi, Johor Bahru and Kota Kinabalu,” he said.

Sarawak has increased its number of domestic flights to 615 weekly from 576 previously.

When asked on the increase in air fares during the festive season, Abdul Karim said consumers should buy flight tickets early to avoid such hassle. — Bernama