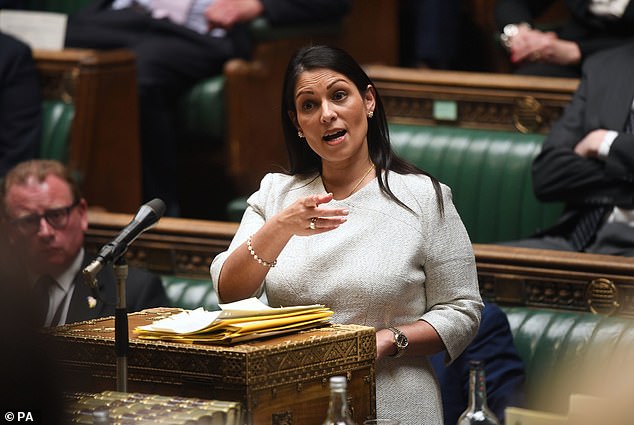 By Claire Ellcott Political Correspondent For The Daily Mail

The first set of illegal migrants will be told this week that they could be deported to Rwanda, the Home Office said last night.

Arrivals who crossed the Channel will be among those to be notified that they face a one-way trip to the east African nation.

Officials said the Government ‘has the power to detain individuals pending their removal from the UK’.

The first flights are expected to take place in the coming months, the Home Office said, adding lawyers for some of those affected will likely lodge claims to stop removal.

Home Secretary Priti Patel said: ‘The world-leading migration partnership means those making dangerous, unnecessary and illegal journeys to the UK may be relocated to Rwanda to have their claims for asylum considered and to rebuild their lives there, helping break the people smugglers’ business model and prevent loss of life.

‘This is just the first stage and we know it will take time as some will seek to frustrate the process and delay removals.’ 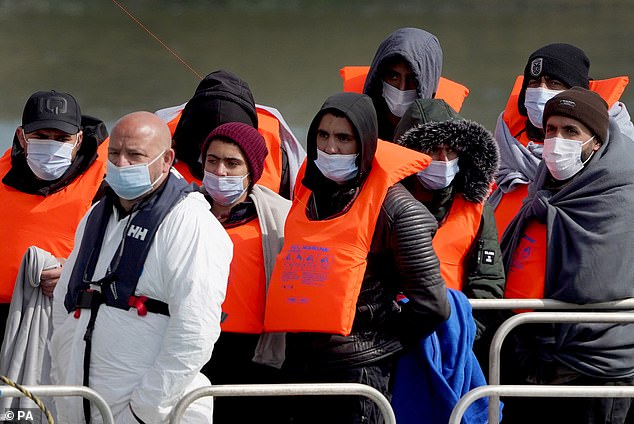 A group of people thought to be migrants are brought in to Dover, Kent, following a small boat incident in the Channel last month

The controversial policy is facing a number of legal challenges by charities questioning its lawfulness, with several ‘pre-action’ letters already sent to the Home Office.

Miss Patel signed the deal in the Rwandan capital Kigali in April.

The first group will be notified that they will be relocated under the new migration and economic development partnership in which their claims will be processed in Rwanda.

It is unclear when they will be put on flights.

If successful, they will be granted asylum or given refugee status in the country.

Those with failed bids will be offered the chance to apply for visas under other immigration routes, but could still face deportation.

At least 7,739 people have arrived in the UK after crossing the Channel this year so far. It is more than three times the amount in the same period in 2021 (2,439).