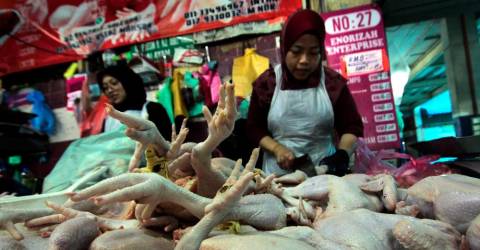 PETALING JAYA: Malaysia’s new Fiscal Responsibility Act may open the path for the reintroduction of the Goods & Services Tax (GST), according to OCBC Treasury Research, which opined that should GST return, the government is likely to “ease it in” by setting a more palatable rate of 4% to start with.

“Given how the first episode of GST rollout was replete with delays – causing the refund backlog to snowball to RM19.4 billion – the government will have its work cut out in convincing businesses that it has a better system in place now, as well,” said economist Wellian Wiranto in a report today.

The finance ministry said it intends to table the new act in the next parliament session.

“The act is said to broaden the tax base and improve tax compliance – all uncontroversial stuff. Still, when it comes to Malaysia’s fiscal discussions, the reintroduction of the GST is never far away. For one, the prime minister noted his support last week, admitting its unpopularity but saying that there are limited fiscal options.”

First introduced in April 2015 under the Najib administration, the GST – set at 6% at that time – grew to contribute as much as RM44.3 billion or over 20% of total revenue in 2017. It went some ways to broaden the revenue base and trim the dependence on the volatile petroleum receipts. The Pakatan Harapan government which took power in 2018, however, opted to zerorate the GST before shifting completely to the Sales and Service Tax system.

“Fast forward to where we are now, the fact that oil price has stayed lofty may have rendered the need to diversify revenue sources once again less dire on the surface. Still, the uptick in commodity prices is a double-edged sword, since it causes an unexpected ballooning of subsidy bills – on items ranging from fuel to cooking oil, chicken feed to raw chicken – by RM30 billion.”

Crucially, the Finance Ministry said that higher commodity revenue was insufficient to offset the spike, signalling that the fiscal gap may widen from the current projected 6% of GDP this year if commodity price upticks persist.

“Hence, investors should not be too surprised if the government reaches for the GST as a tool to help plug the deficit once again. Given the prospect of general election that needs to be called by September 2023, the timing of the rollout is obviously tricky, especially given that the economic recovery is just gaining momentum and inflation is being increasingly felt on the ground,” said Wellian.