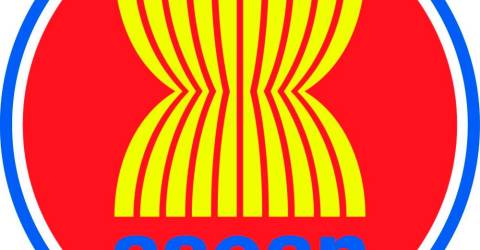 BANGKOK: The Five-Point Consensus (5PC) shall remain as a valid reference in finding a solution for Myanmar and should be implemented in its entirety, leaders of the Association of Southeast Asian Nations (ASEAN) said Friday.

In a statement issued after the 40th and 41st ASEAN Summits and Related Summits in Phnom Penh, Cambodia, the leaders stated that ASEAN shall also consider exploring other approaches that could support the implementation of the 5PC in bid to restore peace and stability in Myanmar.

“Considering the situation in Myanmar remains critical and fragile, with growing violence as a major concern which affects not only Myanmar but also ASEAN’s community-building efforts, ASEAN is committed to assist Myanmar in finding a peaceful and durable solution to the current crisis.

“With little progress achieved in the implementation of the Five-Point Consensus, it is therefore incumbent on the Myanmar Armed Forces to comply with its commitments to the ASEAN Leaders,” read the statement.

There is a need for an implementation plan to outline concrete, practical and measurable indicators with specific timeline to support the 5PC, they added.

“We tasked the ASEAN Foreign Ministers to develop the implementation plan.”

The leaders agreed for ASEAN to seek all parties concerned to adhere to and implement the 5PC as well as for ASEAN to engage all stakeholders soon, and ASEAN leaders said the engagement would be done in a flexible and informal manner, primarily undertaken by the Special Envoy of the ASEAN Chair on Myanmar.

“We reaffirmed that ASEAN Summit is the supreme decision-making body and will make the final decision on the implementation of the 5PC, including when consensus cannot be achieved, in line with the ASEAN Charter,” it said.

They called on all parties in Myanmar to facilitate the work of the Secretary General of ASEAN and AHA Centre in delivering humanitarian assistance in Myanmar to all in need without discrimination.

“The Secretary-General of ASEAN and the AHA Centre should be empowered with some degree of autonomy to facilitate the humanitarian assistance in Myanmar,“ the statement said.

“The above decision would be reviewed in future sessions and mandate the Foreign Ministers to monitor progress and report to the ASEAN Summit,” ASEAN Leaders said.

The 5PC, which was agreed to on April 2021 following the military coup that ousted the democratically elected government on Feb 1 last year, are: immediate cessation of violence; holding dialogues with all key stakeholders; appointment of a special envoy to facilitate mediation; for the delegation to visit and meet with stakeholders in Myanmar; and to allow ASEAN to provide humanitarian assistance to people in Myanmar. – Bernama