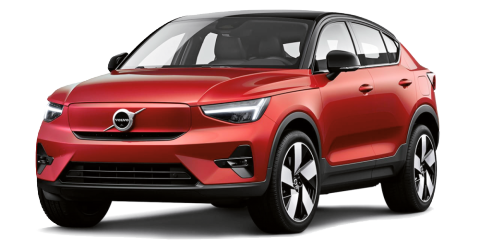 THE fully electric Volvo C40 Recharge has been awarded a five-star safety rating in the 2022 Euro NCAP tests, joining its siblings in the as one of the safest cars on the road today.

The C40 Recharge scored especially well on occupant safety and driver assist systems, helped by one of the most extensive standard safety offers in its segment.

Among many other scenarios, these safety technologies help drivers detect and avoid collisions, remain in their lane and reduce the impact of accidentally running off the road.

“We always aim to be a leader in safety,” said Malin Ekholm, head of the Volvo cars safety centre.

“That means we adhere to strict safety standards in all of our cars, many of which we helped establish over time. No matter which Volvo you choose, you and your loved ones will drive one of the safest cars on the market.”

Launched in 2021, the C40 Recharge is Volvo’s second fully electric model. In coming years, Volvo plans to roll out a whole new family of pure electric cars, one of the industry’s most ambitious electrification plans.

Volvo was the first established car maker to commit to all-out electrification and aims to sell only pure electric cars by 2030.

Already by 2025, it aims for half of its global volume to consist of pure electric cars.

Reflecting its ambition to be an industry leader in safety, the upcoming generation of Volvo models also aim to set new standards in safety.

Volvo established its presence in Malaysia in the early 1960s before formally establishing Volvo Car Malaysia in 1999. Since then, Volvo has gone from strength to strength and built a network of 14 dealers across the country.

Its popularity and demand for locally led to the establishment of the Volvo Car Manufacturing Malaysia in 1967, which is now Malaysia’s oldest and longest-running vehicle assembly plant.

In 2016, it was the first market to locally assemble the XC90 PHEV outside of Sweden, paving the way for the assembly of other Volvo PHEVs whilst continuously providing a sustainable and safe driving experience.