By Will Stewart for MailOnline

Pictured: Idris Alibekov, the alleged leader of the group arrested at the Evropeisky centre

Five suspected ISIS terrorists allegedly plotting attacks in the Russian capital  have been detained at a major Moscow shopping mall with outlets of Marks & Spencer and Topshop.

The suspects were held after a joint FSB security service and police operation in the crowded Evropeisky shopping centre, officials revealed.

The alleged cell had reportedly been plotting attacks on a school and a police station over the New Year holidays.

The FSB said ‘communication devices with instructions from the ISIS international terrorist organisation’s emissaries’ were seized from the suspects during searches.

‘An arms cache was found, which contained a Kalashnikov rifle, a Makarov pistol, ammunition and an improvised explosive device,’ a statement added.

It is unclear why the men were at the shopping mall or if this was a target. 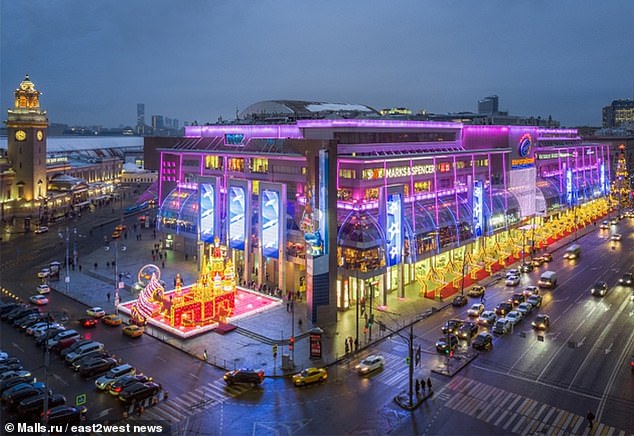 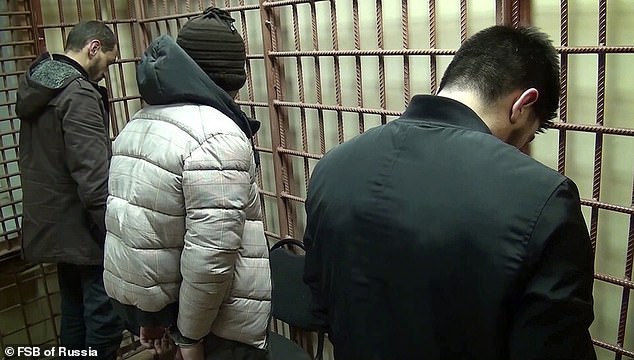 Further searches are underway and the men were remanded in custody for two months.

The detained leader of the group was named as Idris Alibekov, 23, from the Russian region of Dagestan, who works as a security guard in a Moscow coffee shop.

The family names of the other four suspects held in the operation were given as Shakhmedov, Azizov, Bakhodurov and Mamurov.

Two of the five were Russian citizens. 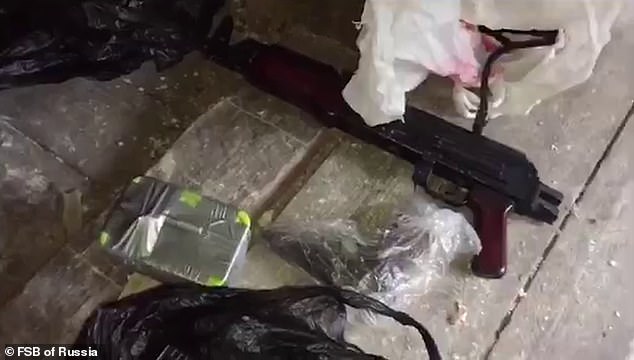 A Kalashnikov rifle, a Makarov pistol, ammunition and an improvised explosive device were found with the suspects during searches