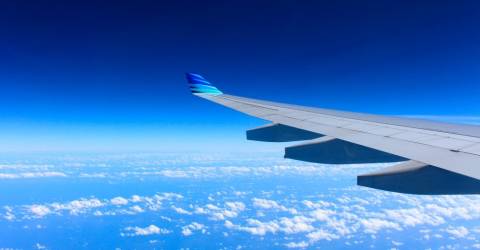 KUALA LUMPUR: Prices of flight tickets have been reduced by over 30 per cent after the Malaysian Aviation Commission (MAVCOM) agreed to cooperate in lowering the rates during the festive season.

Transport Ministry secretary-general Datuk Isham Ishak, however, said the commission would issue a detailed statement on its efforts to look into the reduced fares.

“Some people say that the price (flight tickets) has increased by 70 per cent but we have managed to reduce the rate and prices have already gone down as of this morning.

“This is because we have managed to increase flight frequency by having the planes redeployed to focus on this (festival) sector,“ he told reporters after a ceremony to send off Express Rail Link (ERL) staff to assist the Al Mashaaer Al Mugaddassah Metro Line operation for the 2022 Haj season at KL Sentral, today.

Of late, the issue over flight ticket prices to Sabah and Sarawak has become a hot topic after the price displayed on an airline’s website was said to have increased to RM2,000 for return flights to Sabah or Sarawak, compared to the usual price of RM300 for the same trip.

Meanwhile, referring to the proposal on the establishment of the National Rail Centre of Excellence (NRCOE), as a centre of excellence for the railway industry, Isham said it was expected to be approved by the Cabinet soon.

He said the country’s rail transport industry still lacked local expertise and it is hoped that the NRCOE would be able to ensure that the local rail industry development is according to the Malaysian standard requirements.-Bernama