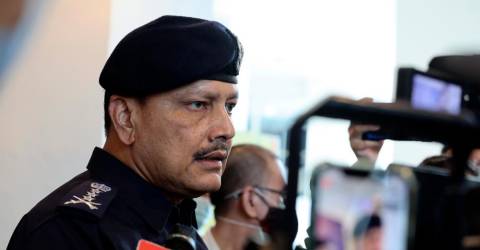 “We have received the report and it has been referred to the MACC for further action,“ he said in a press conference at the Kuala Lumpur police contingent headquarters (IPK) here today.

The media had earlier reported that Rafizi claimed that the Ministry of Environment and Water (KASA) was in the process of awarding the project worth RM2 billion through direct negotiations when the current government had been dissolved.

Tuan Ibrahim in a statement said that he had instructed his lawyer to file a defamation suit against Rafizi regarding the allegations. – Bernama