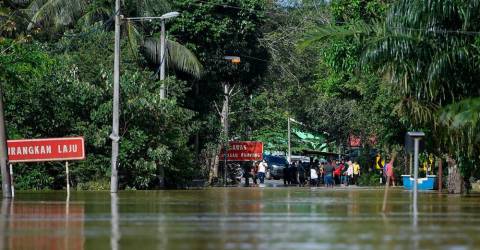 KUALA LUMPUR: The flood situation in Johor and Melaka is improving, with only 1,059 evacuees still placed at the temporary relief centres as of this evening.

State Health and Environment Committee chairman R. Vidyananthan said four districts were still affected by floods, with Muar having the most number of evacuees with 526 people, followed by Segamat (411), Batu Pahat (81) and Tangkak (26).

He said the weather in the state is reported to be sunny, including in the flood-hit districts.

He added that Jalan Felda Bukit Aping in Kota Tinggi had been closed to all vehicles due to a landslide.