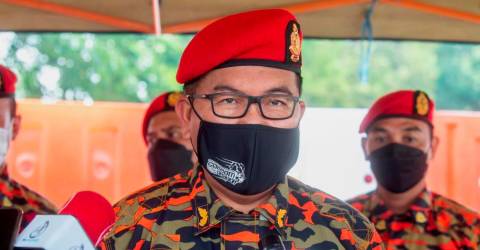 “So when the water levels begin to rise, we will be prepared. We have already sent our assets like boats and lorries out to rescue flood victims affected by the flood.

“We are also advising the public living near flood-prone areas like Rantau Panjang to quickly move,” he told reporters after inspecting the flood situation in Rantau Panjang here today.

Meanwhile, Energy and Natural Resources Minister Datuk Seri Takiyuddin Hassan when met at an event in Kota Bharu said his ministry had not received any complaints about a Tenaga Nasional Bhd substation being flooded.

According to the Welfare Department’s ‘Info Bencana’ application, as of 7 pm, there were 809 victims from 265 families in Kelantan housed at six relief centres, namely five in Pasir Mas and one in Tanah Merah.

Meanwhile, the Department of Irrigation and Drainage’s (DID) official flood information portal at https://publicinfobanjir.water.gov.my reported that only one river in Kelantan was recorded as being at the danger level, namely Sungai Kelantan in Rantau Panjang (9.95m).-Bernama