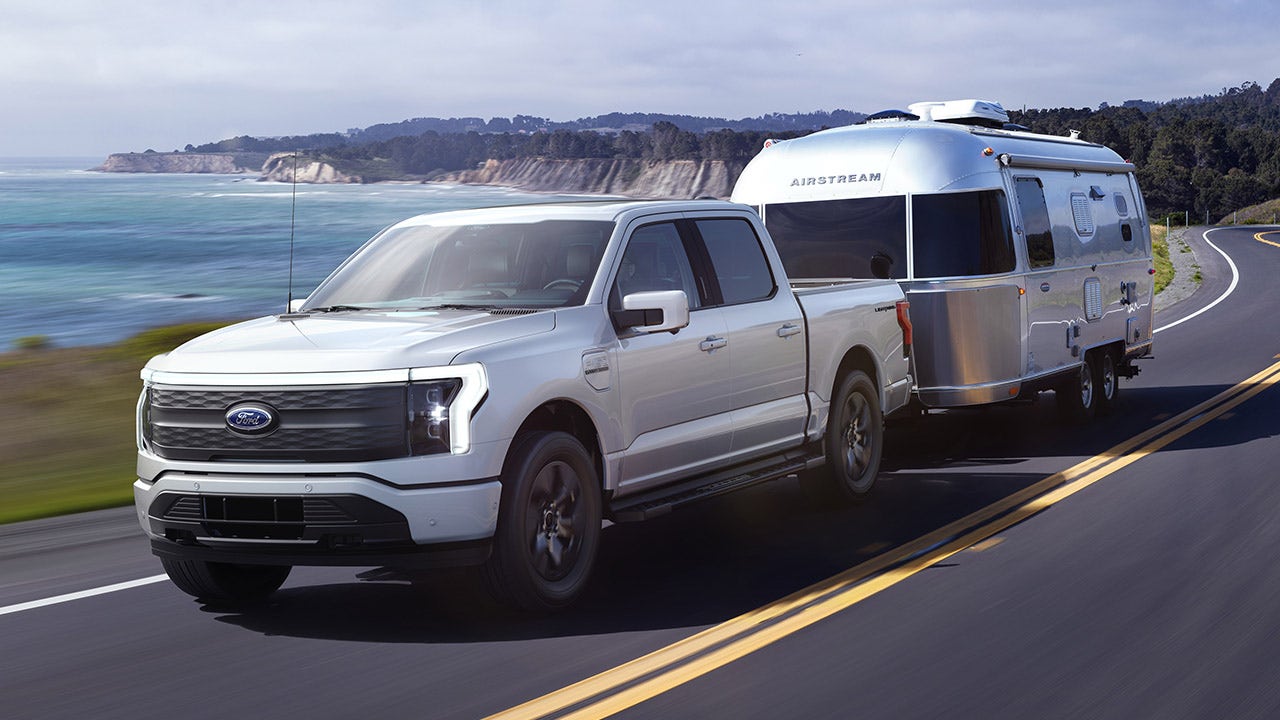 The 2022 Ford F-150 Lightning pickup has been revealed with a starting price under $40G. The all-electric truck is the most powerful F-150 ever and offers a range up to 300 miles per charge.

Ford is going electric, but not yet all-electric.

The F-150 Lightning is the first all-electric version of the full size truck.
(Ford)

Ford CEO Jim Farley explained to Automotive News that not all of its customers are ready to make the transition, due to their specific needs.

“We have a lot of rural customers at Ford that a lot of other brands don’t have. We have Super Duty customers who do heavy-duty towing: horse trailers, people in the energy business who are towing big-time loads over very long distances. It’s hard for me to imagine that all those customers will go electric in the next 10 years,” Farley said.

“They’re actually as interested in the technology as anyone, it’s just their use case is different than how we’ve designed the vehicles so far. It does feel, at least for Ford, the transition’s happening faster than we thought. But again, it’s the first inning of a maybe nine-inning game.”

Ford will be launching the all-electric F-150 Lightning in 2022, which has a maximum towing capacity of 10,000 pounds and a range of up to 300 miles, but has not announced any plans to introduce an electric Super Duty EV. Farley said the company has nearly 200,000 reservations for the F-150 Lightning and that its next-generation full-size electric pickup will be built in high volumes at its new Blue Oval City factory in Tennessee.

Unlike GM, which has said it will go all-electric in the U.S. by 2035, Ford sees hybrids playing a role in its lineup for years to come. This sentiment is shared by Toyota, due in part to the difficulties of electric car ownership for urban customers with limited access to charging stations as the infrastructure is built-out.

Ford this month will start deliveries of its Maverick Hybrid compact pickup, which has an EPA rating of 37 miles per gallon combined,