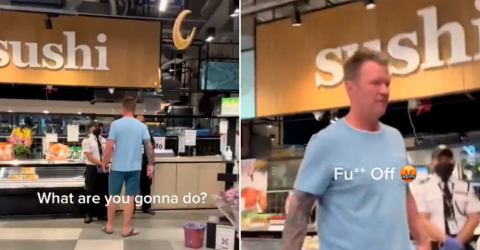 KUALA LUMPUR: The police have opened an investigation paper regarding an incident involving a foreign man who got angry and swore and made lewd gestures at a security guard after he was admonished for not wearing a facemask at a shopping mall in Jalan Ampang.

Wangsa Maju district police chief Supt Ashari Abu Samah said an 18-second video that had been uploaded on TikTok and Twitter was detected yesterday and a report was lodged by the shopping mall’s security.

“Investigations are currently ongoing under Section 269 of the Penal Code, Section 14 of the Minor Offenses Act 1955 and Regulation 18 of the Prevention and Control of Infectious Diseases (Measures within Infected Local Areas) Regulations,” he said in a statement yesterday.

He urged those who had information regarding the incident to come forward or contact the Wangsa Maju district police headquarters at 03-92899222 or the Kuala Lumpur police hotline at 03-21159999 or the nearest police station to assist investigations. – Bernama