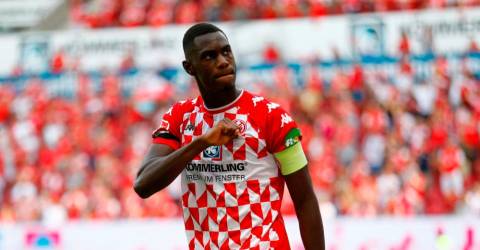 NOTTINGHAM Forest have signed French defender Moussa Niakhate(pix) from German side Mainz 05 on a three-year deal, the Premier League club said on Wednesday.

The 26-year-old Niakhate captained Mainz 05 to eighth place in the Bundesliga last season and played 135 games in total for the club since arriving in 2018 from French side Metz.

The fee was not disclosed but British media reported it was an initial 10 million pounds ($11.93 million) plus potential add-ons.

“For me, this is a dream to come to England and to sign for such a historic club in Nottingham Forest. The club is well known around the world and its fans are incredible,“ Niakhate said.

Niakhate will be the club’s fourth signing in the close-season after defender Giulian Biancone, goalkeeper Dean Henderson and striker Taiwo Awoniyi.

Forest begin their first Premier League campaign in 23 years with a trip to Newcastle United on Aug. 6.-Reuters