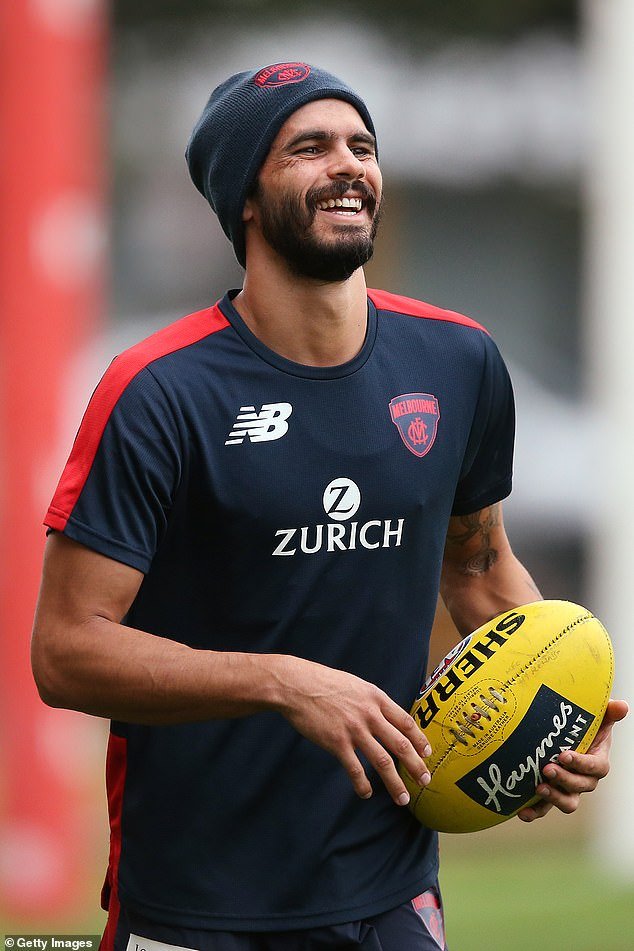 A former AFL star told police he downed 10-12 schooners and ate ‘only chips’ before he was busted behind the wheel almost five times the legal limit, a court has heard.

Police spotted Garlett driving through a red light in Albury on the NSW/Victoria border around midnight on November 15 and pulled him over, according to court documents.

Jeffery Garlett (pictured) was almost five times over the limit after downing 10-12 schooners and a few  chips and Twisties on a big night in Albury last November. He’s pictured at Melbourne Demons training in 2019

The court heard the father-of-one admitted to he was ‘over the limit’ and had his last drink 45 minutes earlier, Albury Wodonga News reported.

The former Melbourne Demons and Carlton Blues small forward later recorded a secondary reading of 0.241 and told police he was drinking for eight hours.

‘I had 10-12 schooners of Carlton Dry. I only ate chips and Twisties,’ Garlett told police.

Garlett’s lawyer Angus Lingham told the court his client worked hard to establish a post-football life in the 18 months since being delisted by the Demons at the end of the 2019 season.

He told the court Garlett works for a school with disadvantaged children and took full responsibility for his actions by completing the traffic offenders program. 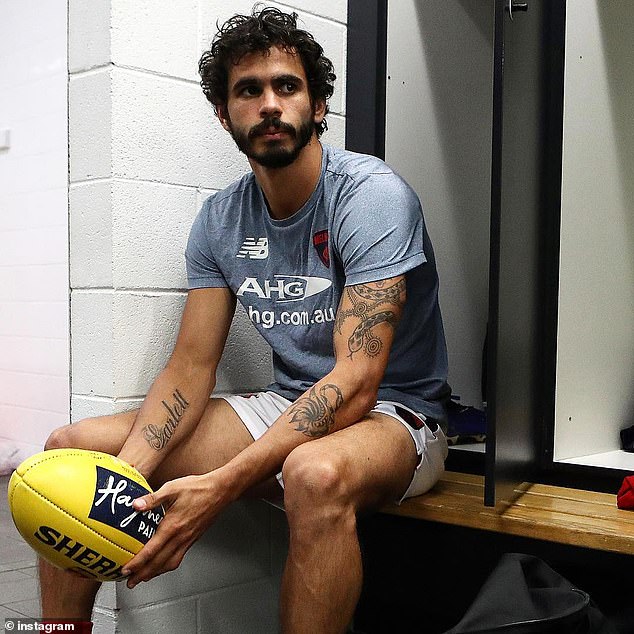 Garlett was disqualified from driving for a year and placed on a 12 month intensive corrections order with supervision.

He also received a stern dressing down from Magistrate Richard Funston, who questioned his status as a role model for children.

‘A person that has had a 10 year professional football career, I have to balance that up with a person who has gone out, drunk himself stupid, and then drove… this is appalling conduct,’ Mr Funston said.

‘What kind of message does that send?’ 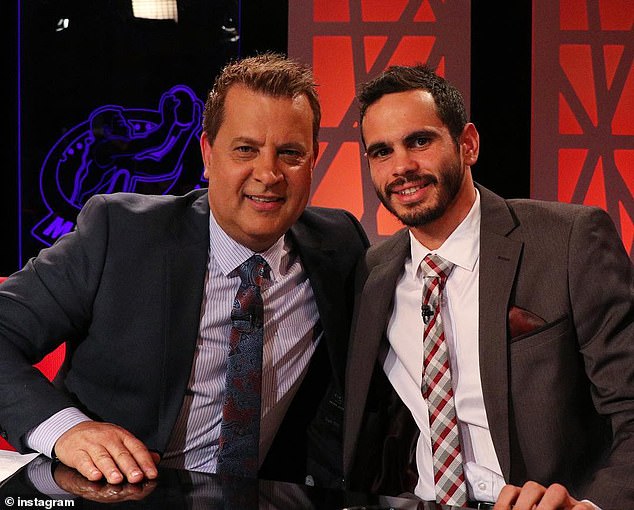 Jeff Garlett (right) played 1`85 AFL games before he was delisted at the end of the 2019 season by the Demons. He’s pictured with The Marngrook Footy Show host Grant Hansen (left) in 2018

Originally from Perth, Garlett was the number six pick in the 2009 rookie draft and made his AFL debut for Carlton that season.

He played 107 games for the Blues before an off-field incident with teammate Mitch Robinson ended his stint at the club.

He played 78 games Melbourne Demons where he was the club’s leading goal;kicker in 2017 before he was delisted by the club two seasons later.

Garlett moved Albury for a fresh start and now plays for the local Albury Tigers.