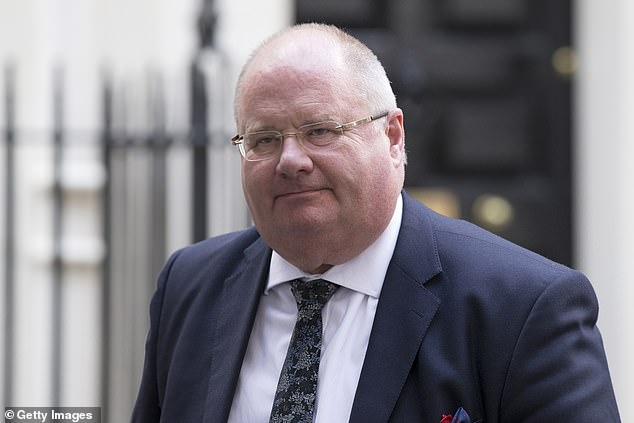 Former ministers should face fines for breaching job rules after they leave their post, watchdog says

By Harriet Line Deputy Political Editor For The Daily Mail

Former ministers who breach job rules after leaving politics should be fined tens of thousands of pounds, a watchdog has suggested.

Lord Pickles said current regulations were ‘toothless’ and the Government must toughen sanctions to stop MPs quickly gaining jobs in sectors they handled while on the front bench.

The chairman of the advisory committee on business appointments recommended that ‘anything up to’ the three months’ base pay ministers receive on dismissal – just under £19,000 for a PM or £17,000 for a Cabinet minister – would be suitable for a fine.

Lord Pickles wrote in the Daily Telegraph: ‘The Government’s rules are essentially toothless, which the thick-skinned could ignore.’

The Conservative peer said the Government should make it ‘explicit that a paid job in the sector for which you were just recently the minister will involve a very long unpaid wait’.

And he recommended that Whitehall devise a range of sanctions for rule-breakers – which he said could be implemented in a matter of weeks.

The committee – which provides advice to former ministers on appointments they wish to take up within two years of leaving government – is only an advisory body with no basis in law, and individuals can ignore its advice without fear of punishment.

Last month, Matt Hancock was found to have breached the appointment rules by failing to seek Acoba’s advice before signing up for ITV’s ‘I’m a Celebrity… Get Me Out of Here’ or Channel 4’s ‘SAS Who Dares Wins’.

And ex-chancellor George Osborne was heavily criticised for accepting a job as editor of the London Evening Standard without first clearing it with Acoba.

The law states that ministers under 65 who do not return to a paid government job within three weeks after leaving their post can receive ‘one-quarter of the annual amount of the salary which was being paid to that person in respect of that office immediately before the material time’.