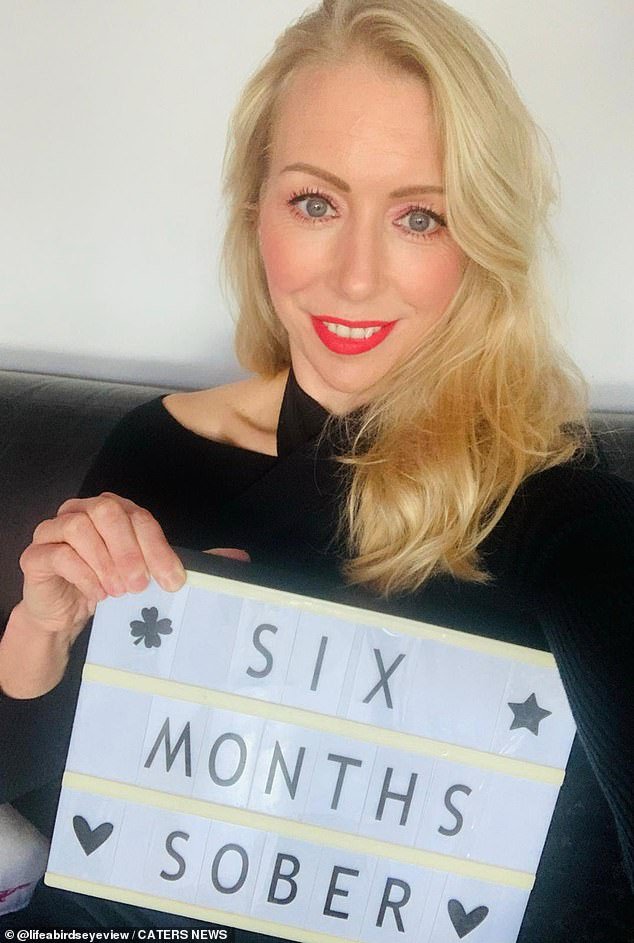 A stunning woman looks a decade younger after ditching alcohol as well as saving over £3,000.

Samantha Walsh, 44, was a social drinker who’d party on weekends or drink up to five bottles of wine at home at the weekend with her partner.

The store manager was put on furlough last March which led to more frequent drinking at her home in Sevenoaks, Kent, but she was always feeling tired and hungover.

In August, Samantha decided to knock drinking on the head – once and for all – and she couldn’t be happier.

Her skin appears to have fewer lines and her bank balance is up by £3,250. An app documenting her progress revealed she’s also didn’t ingest 47,000 calories of alcohol since quitting the drink.

Social drinker Samantha Walsh, from Seven Oaks, Kent, revealed she stopped drinking for six months after drinking more on furlough. She now feels younger and healthier after giving up the bottle, pictured 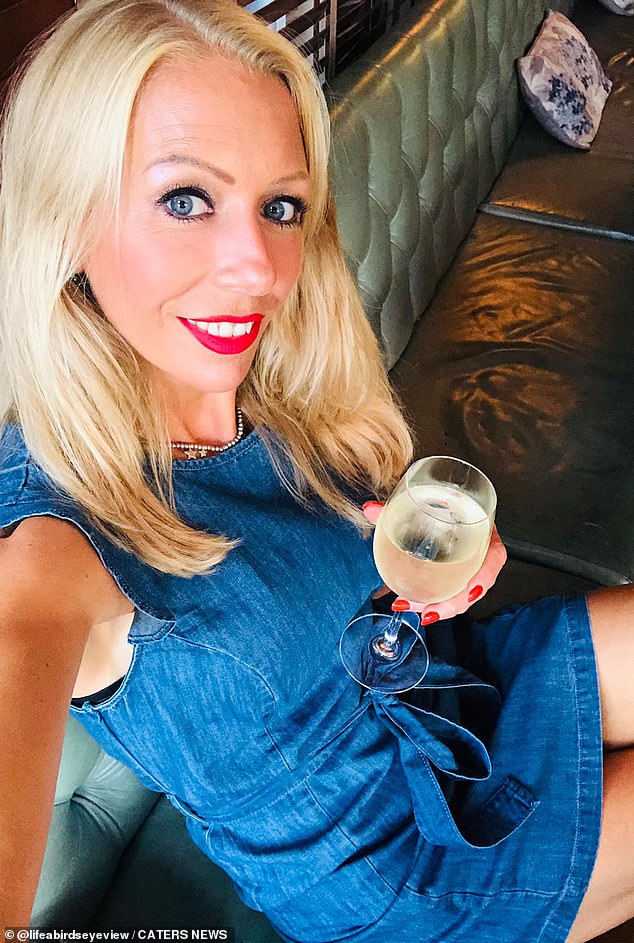 Sam, who admitted she was always a bit of a ‘party girl,’ said she started drinking more with her partner during the first lockdown (pictured)

She said: ‘I’ve always been a party girl who went out on a weekend.

‘Then when lockdown hit, my partner Dave Glass, 40, and I began drinking in the garden then running over to Aldi for another bottle of wine.

‘Without the structure of work, we were either drunk or hungover.

‘Eventually, I felt fed up of having a sore head and realised the best time to stop drinking would be during a national lockdown. 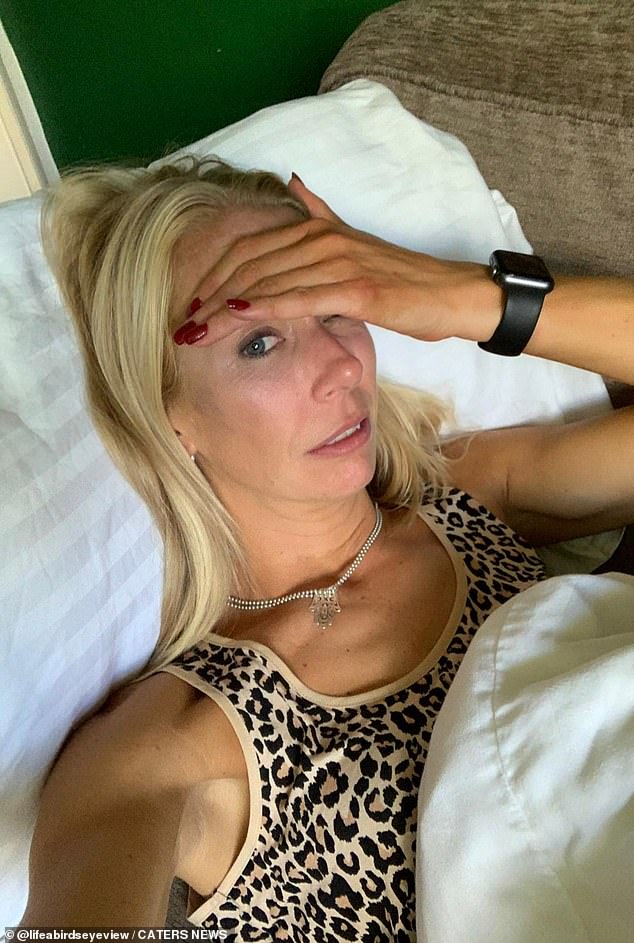 ‘With no temptation to go out and meet friends, it was pretty easy.

‘I felt so much better within two weeks, I had more energy and a clear head.

‘Friends have also said I look ten years younger which is a massive bonus!’

Samantha began taking up new hobbies such as running and reading.

But in August 2020, her determination was tested as lockdown restrictions were eased and pubs were open.

However, Samantha stayed true to her word and didn’t have a drop of alcohol. 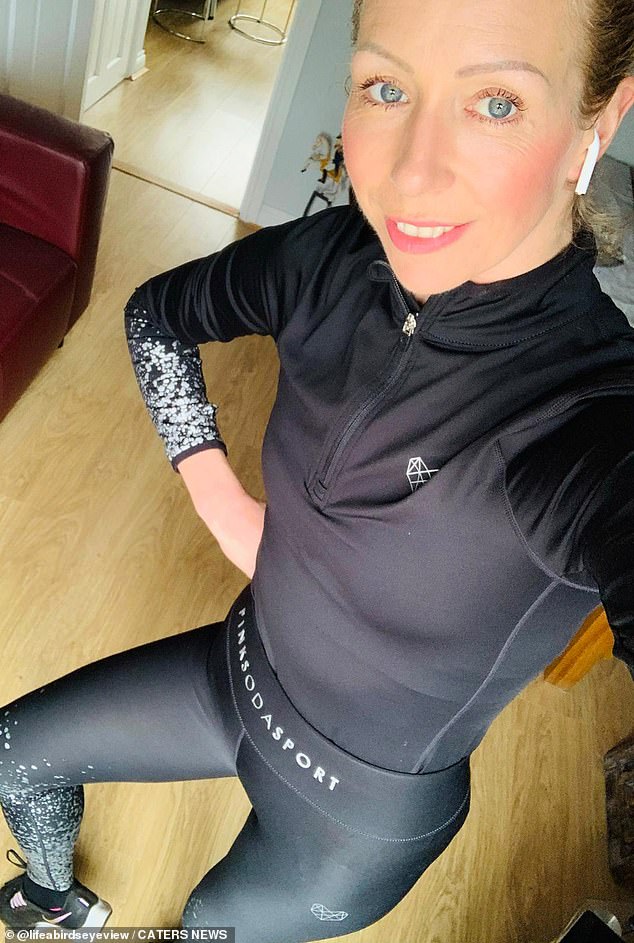 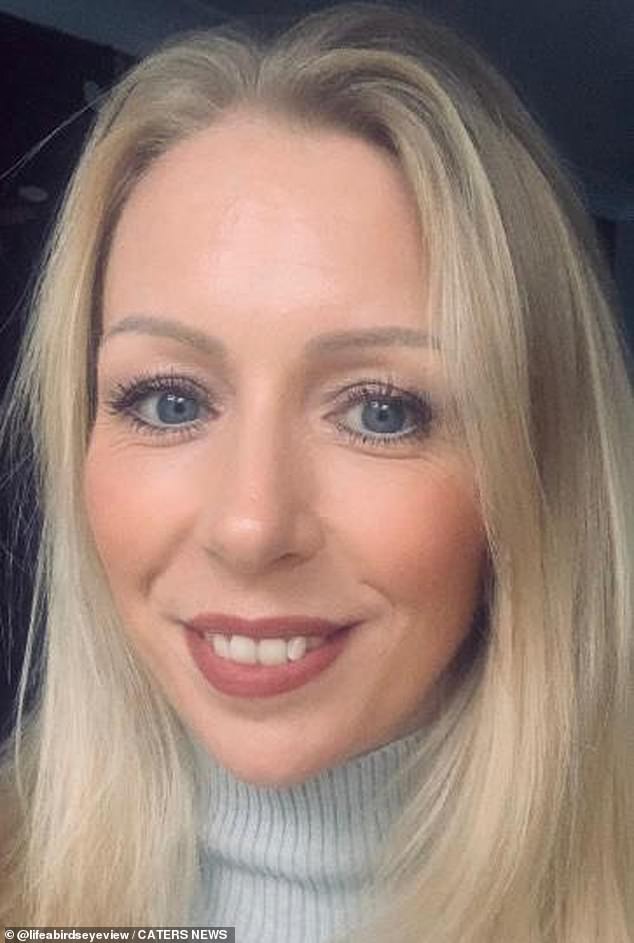 The former drinker said her skin felt younger, and that she applied less makeup to her face (pictured). Before, she would meticulously hide her dark lines with concealer

She said: ‘When we could see our friends again, they were all complimenting my skin.

‘I didn’t feel the need to wear as much makeup as I wasn’t covering my tired eyes.

‘The lines on my forehead massively reduced as my skin wasn’t so dehydrated.

‘Many of them said I look younger which spurred me to keep ongoing.

‘It was hard saying no to a drink when we met up but I was determined to knock it on the head.

‘My friends thought I would buckle but I didn’t which was a very proud moment.

‘It was great remembering the whole night and feeling fresh in the morning. 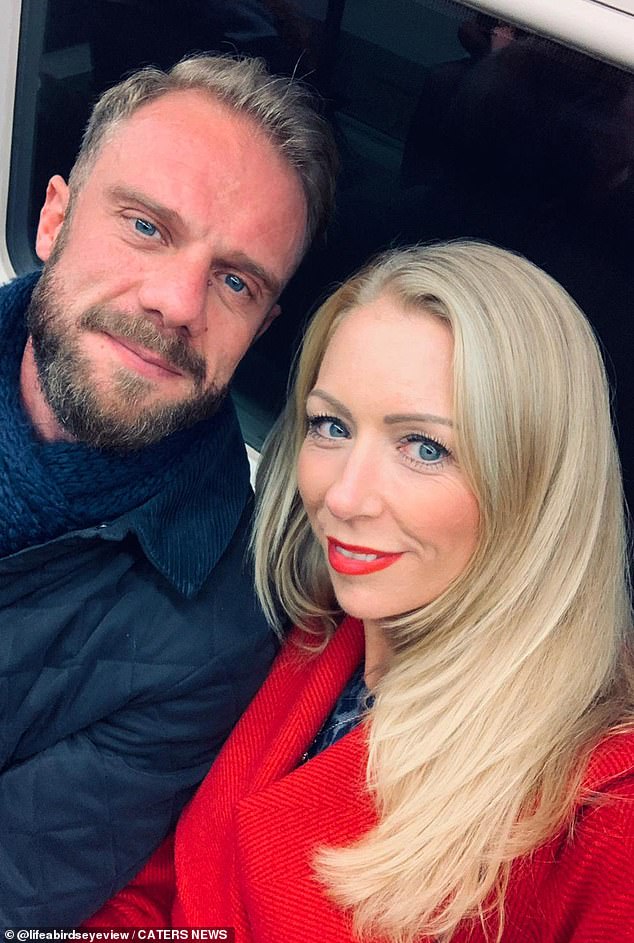 ‘My concentration is much better now and I feel more creative.’

Another benefit is saving money as the ‘Try Dry’ app has revealed Samantha has saved £750.

She adds: ‘The app has been a massive help as I’ve loved seeing the sober days clock up.

‘I entered how much I’d spend per week on shop brought alcohol and it calculates my savings.

‘Dave and I would usually buy five bottles of wine from Aldi on a weekend which cost £25 per week. 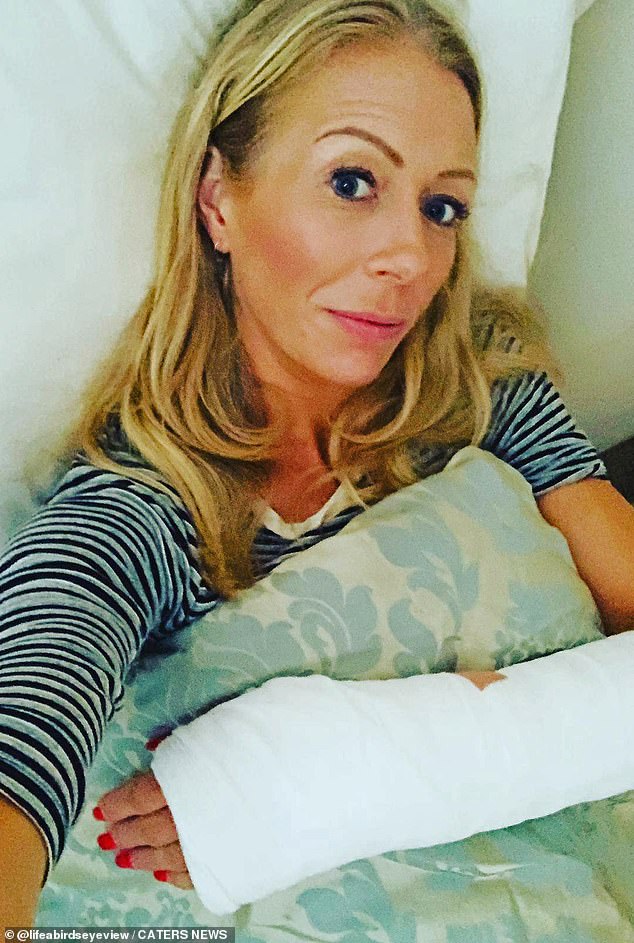 ‘But if I had gone out every weekend as normal when the lockdown restrictions eased from August to November – I would have spent about £150 per weekend.

‘We hope to go to South America next year with the money saved!’

Samantha has focused on her health and is thriving. The app has revealed she has saved over 47,000 calories.

She said: ‘I am the fittest I have ever been.

‘And I am confident that I won’t drink again.

‘It has been eight months and I am yet to be tempted.’ 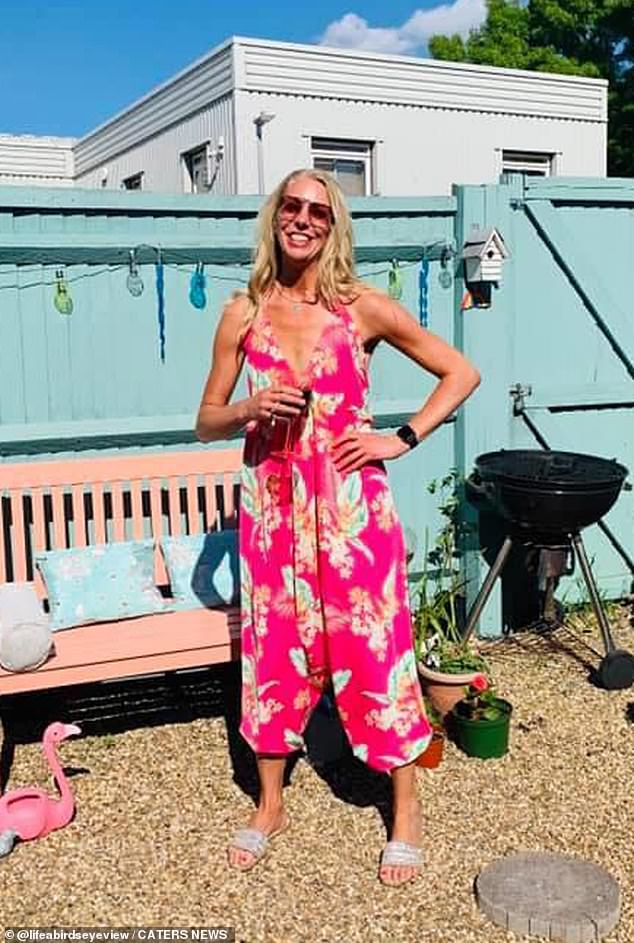 During the first lockdown, Dave and Samantha, who was furloughed, would have drinks on their patio 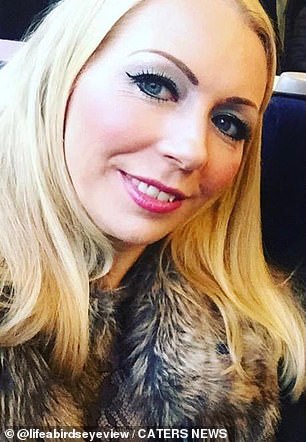 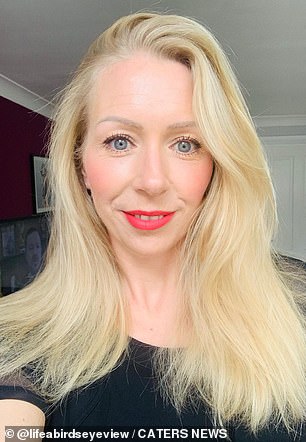 Samantha, pictured left in 2017, said she feels her skin is more hydrated after ditching drinks. The social drinking used to spend £150 on booze per weekend before lockdown. Now she’s quit drinking (right) she frequently gets compliments on her glowing skin 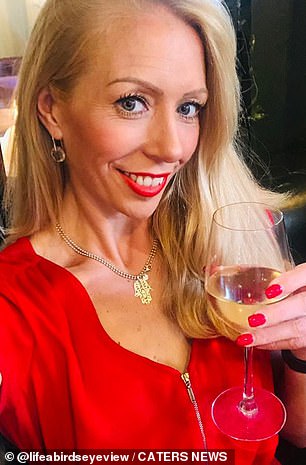 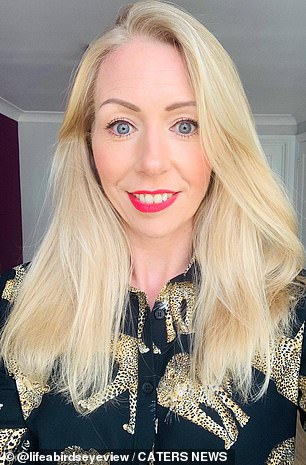