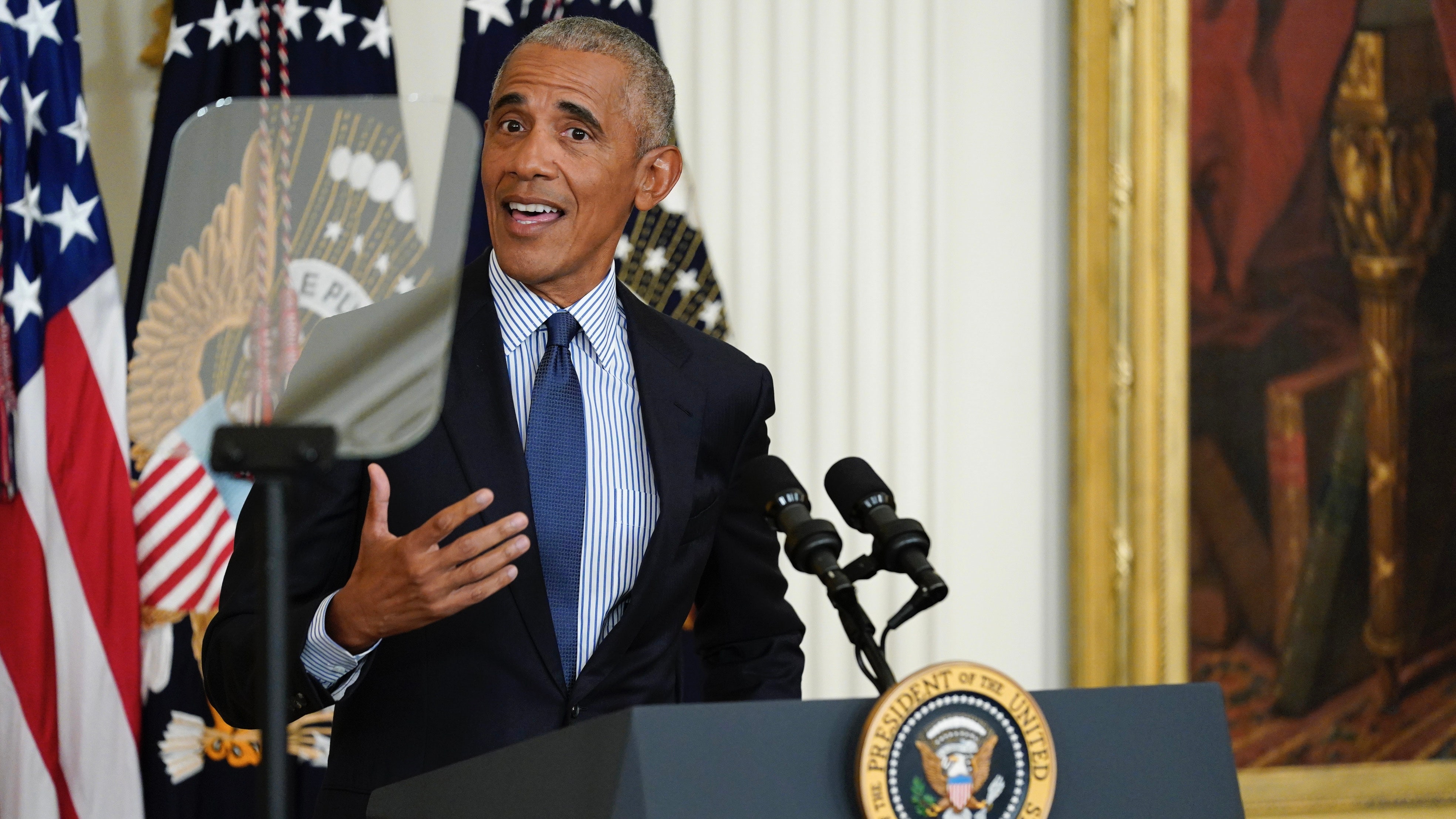 Former President Obama is returning to the campaign trail.

The former president will headline a fundraiser in New York City Thursday for the Democratic Senatorial Campaign Committee, which is the Senate Democrats’ re-election arm. Next week, Obama heads to the West Coast to serve as the main attraction at a fundraiser for the Democratic Congressional Campaign Committee, which is the House Democrats’ re-election arm.

However, the former president will be doing more than fundraising.

Obama will also publicly appear with Democratic congressional and gubernatorial candidates, as well as his party’s nominees in some secretary of state races in key general election battlegrounds, a source with knowledge of the former president’s political plans confirmed to Fox News.

CHECK OUT THE LATEST FOX NEWS REPORTING ON THE 2022 MIDTERMS

Former President Obama speaks after he and Michelle Obama unveiled their official portraits during a ceremony at the White House, Wednesday, Sept. 7, 2022.
(AP Photo/Andrew Harnik)

That a former president will personally weigh in on down ballot races for secretary of state – who serve as the top election officials in their states – points to the importance those officials may play in the 2024 presidential election amid a political climate where a portion of the electorate continues to believe that the 2020 presidential election was riddled with fraud.

The source, in confirming news first reported by CNN, indicated that the number of campaign events involving Obama is still being planned and that the former president will only appear in races where he can be most effective in helping Democratic candidates running in the midterms.

More than five and a half years removed from the White House, the former two-term president remains very popular with Democrats. In the final stretches of the 2020 campaign, he served as the biggest surrogate on the campaign trail for his former vice president, now-President Biden.