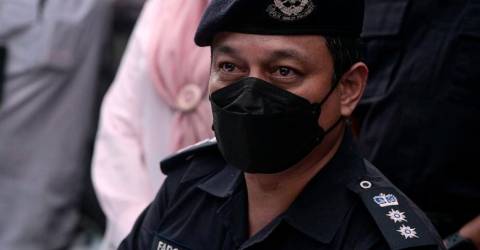 AMPANG JAYA: Two people including a former president of a Chinese clan association were arrested on Wednesday for allegedly siphoning funds amounting to RM65,000.

He said the complainant claimed that checks showed that the association’s funds amounting to RM65,000 had been withdrawn on four occasions with cheques without the consent of the central committee.

Mohamad Farouk said the funds were found to have been transfered into the personal bank account of one of the suspects.

Mohamad Farouk said police have recorded the statements of the suspects.

However, he said a remand order application to detain the suspects for further investigations was turned down by the Ampang Magistrates Court today.

He said the case is being investigated for criminal breach of trust under Section 409 of the Penal Code.

It is learnt that one of the suspects has holds a Datukship.