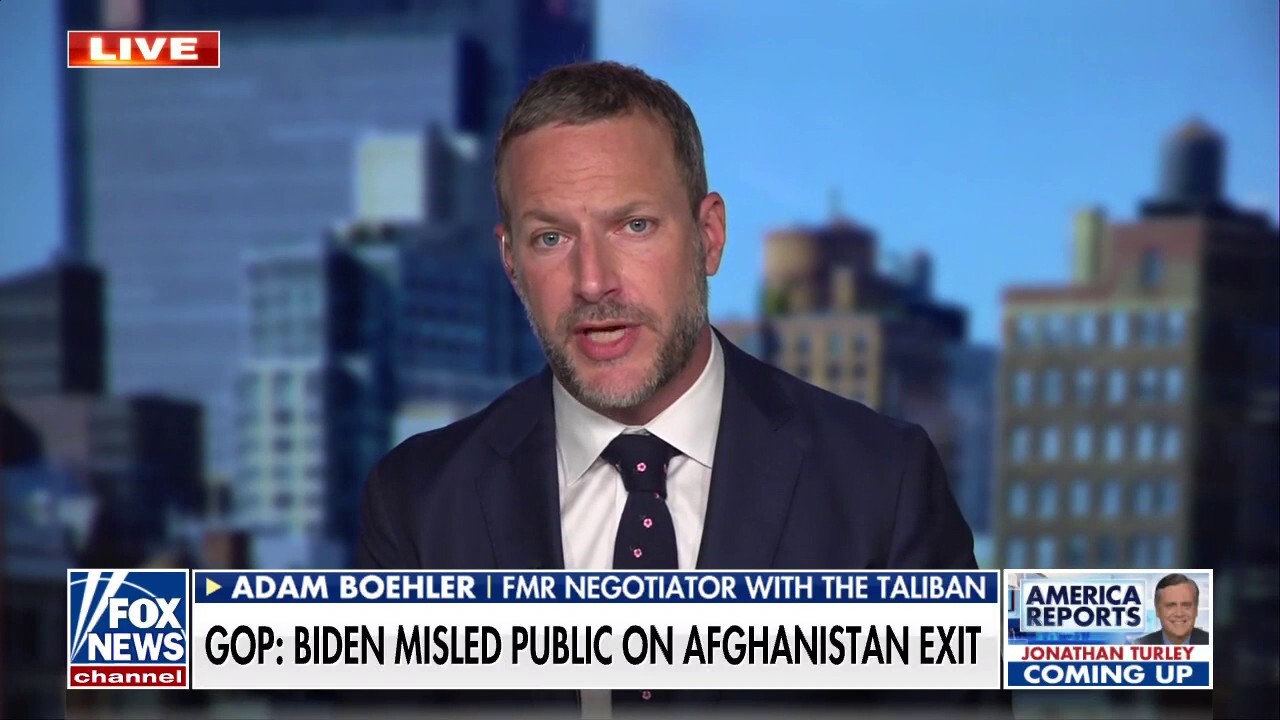 A former Taliban negotiator blamed the United States’ hasty withdrawal from Afghanistan for creating global instability on the one-year anniversary of the Taliban’s takeover of Kabul.

Adam Boehler, who negotiated with the militant Islamic group during his tenure as the CEO of the U.S. International Development Finance Corporation, examined the ramifications of President Biden’s withdrawal from the region, which he believes likely contributed to Russia’s invasion of Ukraine and China’s increasing threats to invade Taiwan.

“Foreign policy is all intersected,” Boehler told “America Reports” Monday. “So when you have an issue like this in Afghanistan, guess who is watching, Putin, and Afghanistan begets Russia, and let’s hope Russia does not beget what could happen in Taiwan. All of these things are related so this showed weakness and people are watching the United States for that.”

The Taliban on Monday marked the first-year anniversary of their takeover after the country’s western-backed government fled and the Afghan military crumbled in the face of the insurgents’ advance.
(AP/Ebrahim Noroozi)

Boehler said that the Taliban offered U.S. officials to delay a complete departure or to do it collaboration with them to avoid abandoning Kabul. Faced with the decision of whether to accept control over Kabul or allow the Taliban to do so, the U.S. opted for the latter, given President Biden’s insistence on withdrawing from Afghanistan by August 31.

“At the end of the day, if you’re going to retreat, which I think in its entirety was a mistake – in either case, you need to do it on your terms. And one of the things I learned in negotiating with the Taliban, when you sit aside the table, they are a regional militia, but make no mistake, they do respond to strength,” he said. “And we are the United States of America and our view should be you don’t abandon people and if you are going to leave, you leave on your own terms. And we were offered that by the Taliban.”

Taliban fighters hold their weapons as they celebrate one year since they seized the Afghan capital, Kabul, in front of the U.S. Embassy in Kabul, Afghanistan, on Monday, Aug. 15.
(AP/Ebrahim Noroozi)

A year later, Boehler said most Americans still agree that the U.S. withdrawal from the region was nothing short of “a mess.”

“That’s not a partisan view, that was a mistaken exit from Afghanistan,” he said. “It does not mean we should have huge troop build-up. That was bipartisan under Biden and Trump. There was a view that we could not have lots of people there. But how you do it, the timing… that’s not partisan.

“That’s a fact that things did not work out well.”

Yael Halon is a reporter for Fox News Digital. Story tips can be sent to [email protected].