A former Wales rugby star’s ex-wife was walked free from court today despite ‘deceiving and manipulating’ him out of more than £1milllion, leaving him bankrupt.

Gareth Cooper, who also played for the British Lions during a 12-year career, used the nest egg he’d saved up to set up two gyms and freight businesses to be run by his wife Debra Leyshon.

The 40-year-old, from Bridgend, south Wales was left ‘devastated’ after his then-wife, and his friend and business partner Simon Thomas, 47, fleeced him out of the huge sum, leaving him penniless and forced to move back in with his elderly parents.

The 40-year-old rugby star (pictured right outside court) from Bridgend, south Wales was left ‘devastated’ after his then-wife Debra Leyshon (picture left, outside court), 41, and his friend and business partner Simon Thomas, 47, fleeced him out of the huge sum

Leyshon was jailed for two years, suspended for 24 months, at Cardiff Crown Court.

Judge David Wynn Morgan allowed her from custody with a suspended sentence to bring up the couple’s three children.

A court heard she pretended believed they were ‘thriving’ – but they were struggling financially and Leyshon was taking out loans behind Mr Cooper’s back.

The ex-Wales scrum-half found out his wife had even re-mortgaged the family home and four other properties.

Roger Griffiths, prosecuting, said: ‘He knew nothing about this.

‘In February 2017, Mr Cooper was made bankrupt and ordered to court. A month later it was agreed he had been the victim of fraud before starting a lengthy police investigation.’ 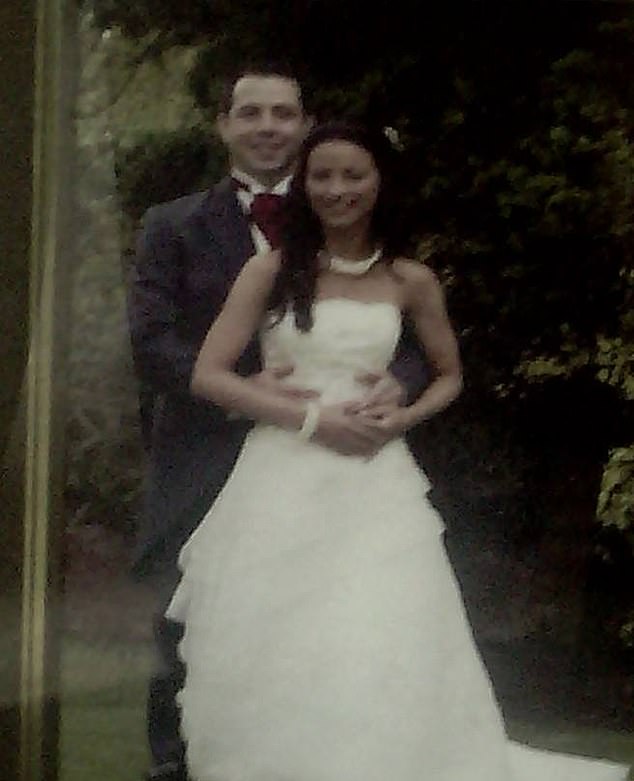 The court heard Mr Cooper met Leyshon in 2001 and they married four years later (pictured together on their wedding day). The couple moved into his house in Pencoed and had three children together

In a victim impact statement, Mr Cooper said: ‘Debra and I are now divorced.. I cannot forgive what she has done, but she is the mother of my children.

‘During the last three to four of our marriage, Debra changed. She became more distant.

‘She became very secretive about how the businesses were going. When I asked her, she would fob me off.’

As legal costs piled up, Mr Cooper – capped 46 times for Wales and toured New Zealand with the Lions – was forced to move back in with his parents and had to borrow £120,000 from their pensions.

He said: ‘This was at a time when they should be planning for their retirement. I will always be profoundly grateful for their support.

‘I was deceived and manipulated by the person I trusted the most – my wife and the mother of my children.

‘I do not think I will ever be the same again.’

In a further statement read to court today, Mr Cooper said: ‘To find out that it was my wife and mother of my children that did this to me left me dumbstruck.

‘The most difficult thing has been to come to terms with Debra’s deceit. She was responsible and the court will have to deal with her as is appropriate.’ 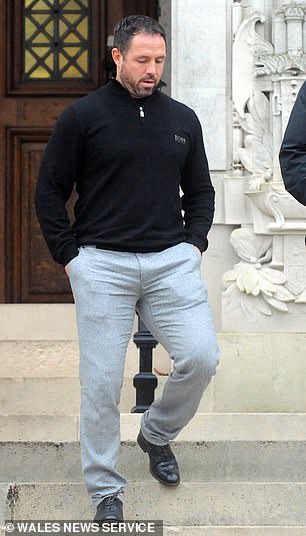 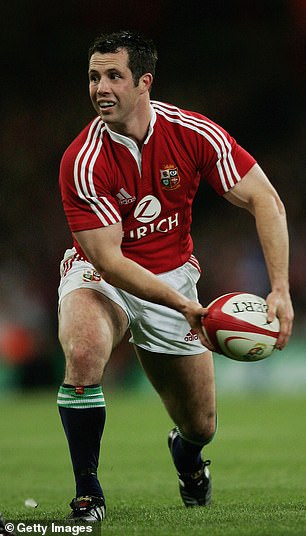 Mr Cooper (pictured playing for the British and Irish Lions in 2005) used his rugby earnings to buy a property in Pencoed as an investment in 2006, followed by three other properties. He also set up a freight business and gym, which his wife and business partner ran 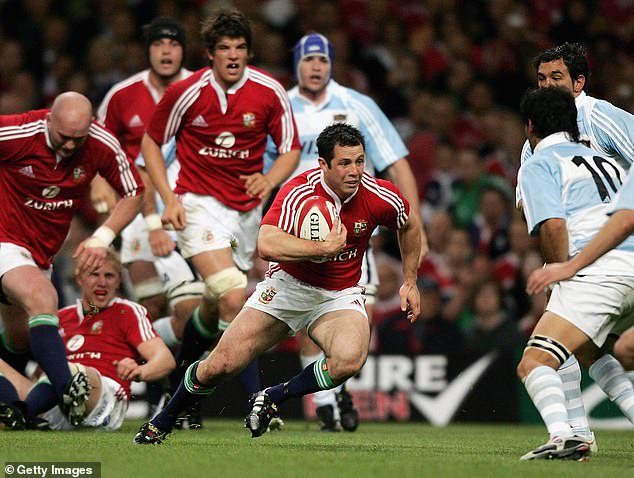 An associate, Mark Lee, admitted one count of fraud amounting to £50,000.

Judge David Wynn Morgan said: ‘You committed these offences in order to obtain mortgages and loans pretending to be your husband without his knowledge.

‘Cooper who has limited business acumen but founded the business because he trusted you to run them. 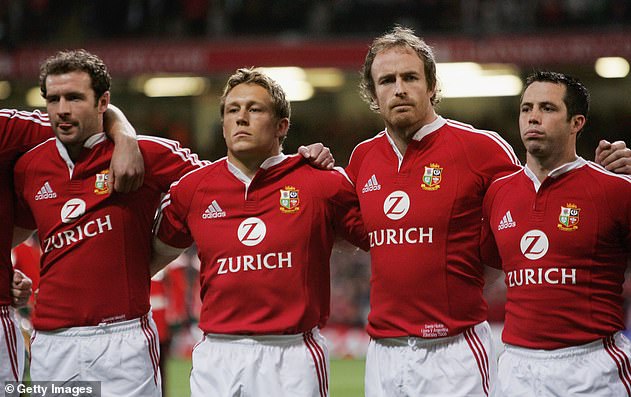 Geordan Murphy, Jonny Wilkinson, Denis Hickie and Gareth Cooper (right) line up for the pre-match anthems during the Rugby Union International Match between the British and Irish Lions and Argentina at the Millennium Stadium on May 23, 2005

‘The first Mr Cooper knew about it was in 2017 when he was told he was bankrupt.

‘Debra Leyshon, you played the leading role. You abused the trust that Mr Cooper had put in you.’

Thomas was jailed for 16 months, suspended for 24 months and was disqualified from being the director of a company for eight years.

Lee was jailed for nine months, suspended for 24 months. The trio will face a Proceeds of Crime Act hearing next year.