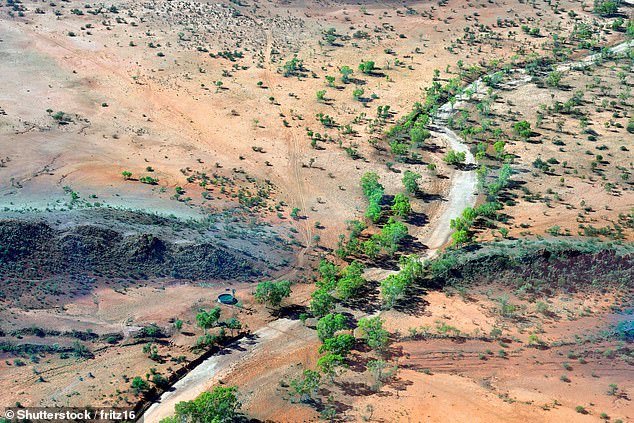 A company planning to build a massive Central Australian fruit and vegetable farm has been handed the biggest water licence ever granted in the Northern Territory.

It applied to the NT government in July to extract 40,000 megalitres of underground water per year, causing concern among native title holders.

The Department of Environment, Parks and Water Security on Thursday approved a 30-year licence to extract the water, saying Fortune would have to comply with strict controls.

‘The protection of environmental and cultural assets, along with the interests of existing users, are always the key priorities when assessing water licence applications,’ NT Controller of Water Resources Jo Townsend said.

‘That’s why stringent conditions have been attached to this water licence, which will be monitored closely by the department and publically reported.’

The water will be released to Fortune in four stages over the next decade, peaking at 40,000 megalitres.

Ms Townsend said rigorous modelling and data showed the licensed water was sustainable and its extraction would not adversely impact other users or the environment.

The Central Land Council says it will review the licence decision with independent water experts but is likely to appeal it. 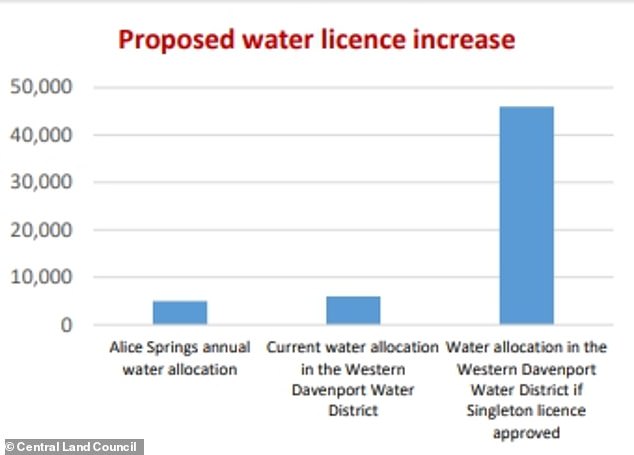 The water will be released to Fortune in four stages over the next decade, peaking at 40,000 megalitres

‘However, at first glance, this water licence is simply too large,’ chief executive Joe Martin-Jard said.

He said not enough was known about the aquifer storage in the area.

‘We (also) have very real doubts about the department’s capacity to ensure the company rigorously monitors and manages the project,’ he said.

The council has previously voiced concerns about the alleged lack of scientific data about groundwater availability in Central Australia.

It said the extraction of such a large amount of water could have long-term effects on traditional owners, animals and plants, who rely on groundwater for their survival.