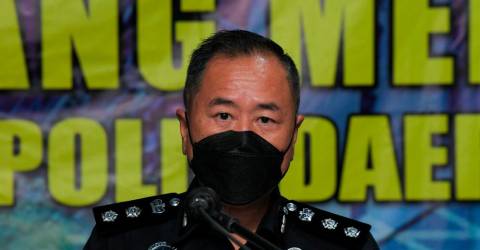 KUALA LUMPUR: Four individuals, believed to be the persons in two videos that went viral since last Wednesday for allegedly insulting persons with disabilities (PwD), are expected to be at the Sentul district police station today to give their statements.

“They will be at the station to have their statements recorded this afternoon,” he told Bernama.

The case has been classified under Section 504 of the Penal Code for intentional insult with intent to provoke a breach of the peace and Section 233 of the Communications and Multimedia Act for improper use of the network service.

Last Thursday, OKU Sentral president Senator Datuk Ras Adiba Radzi lodged a police report against the individuals for insulting the PwD, although they had publicly apologised.

In a recent viral video clip, two youths were seen to have bragged about having successfully secured a parking spot for the disabled by pretending to be one, but after being deluged with negative comments from the netizens, the two youths came out with another video in which they publicly apologised to the PwD community.

In another video, two women were seen belittling the PwD while using the toilet for the disabled at a petrol station.