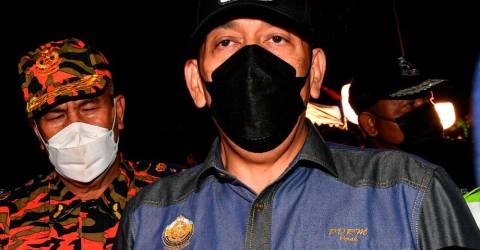 He said this brings the overall arrests to 10 people so far, after six students were taken into custody yesterday.

Six of them were released this evening while four more would be released tomorrow after the investigation is completed,” he said when contacted by Bernama here, today.

Several teenagers believed to be boarding school students were seen punching and kicking a student in several video clips lasting between 13 to 30 seconds which went viral on social media and the incident was heavily criticised by netizens.

An initial investigation found the incident occurred between 1am to 2am, on Dec 9 involving a 13-year-old victim.

Following that, police called all the students involved as well as the social media account holder who disseminated the video clips to give their statements to assist investigation under Section 147 of the Penal Code and Section 233 of the Communications and Multimedia Act 1988.