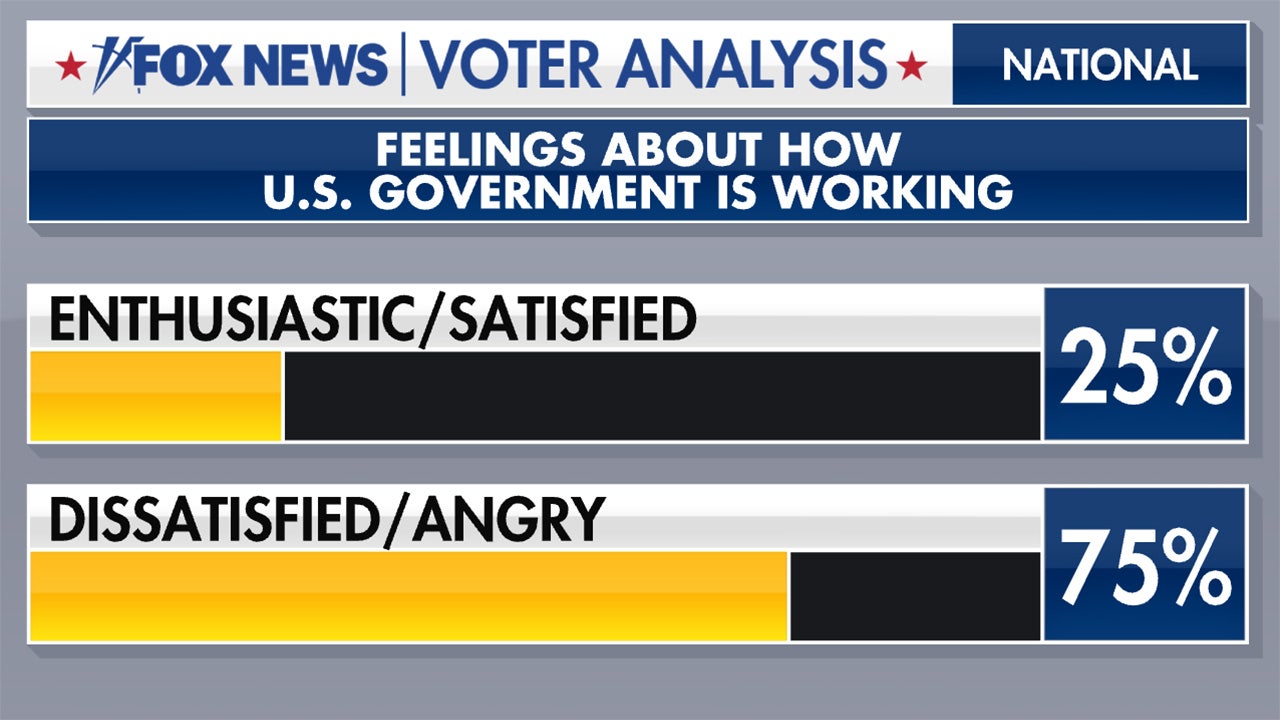 We’re well underway with the midterm elections, and voters are unhappy.

Our Fox News Voter Analysis survey finds three-quarters are dissatisfied or downright angry at the way government is working.

This sentiment is strongest in the Rocky Mountain and northern Plains states. Wyoming lodges the highest rate of disapproval with 87% saying they’re unhappy.

Voter opinion on how the U.S. government is performing.
(Fox News)

That could be bad news for incumbents. In Georgia, one of them – Sen. Raphael Warnock, the Democrat – is fighting for re-election, facing Herschel Walker, who’s been backed by former President Trump.

Voters there say the balance of power in Washington – specifically the Senate – will shape their vote.

In your vote, how important is it which party controls Senate?
(Fox News)

More than half say it’s the single most important consideration in casting their ballot.  Among that group, folks are splitting their votes between the two candidates.

But Georgia’s not the only state where people are on the lookout for a Senate seat turnover. In North Carolina, there is a competitive race for the seat about to be vacated by retiring GOP Sen. Richard Burr.

Nearly six in 10 in the Tar Heel State hold a negative opinion of President Biden.

Trump fares a little better, but will that help Budd?

Keep in mind, nearly six in ten give Gov. Roy Cooper, a Democrat, a thumbs-up on the job he’s doing. Will that help Beasley?

Keep checking back in for the latest Fox News Voter Analysis results!