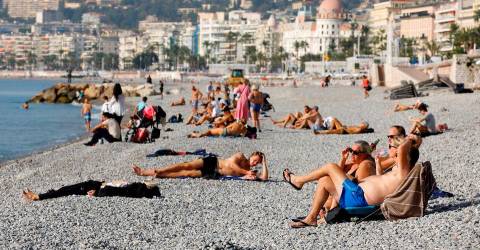 PARIS: October 2022 was the hottest month in France since 1945, with an average temperature of 17.2 degrees Celsius, the French national meteorological service Meteo-France said on Wednesday.

The average temperature this October was about 3.5 degrees Celsius higher than normal across the country, Xinhua quoted Meteo-France as saying.

According to the meteorological service, the second half of October 2022 was marked by an exceptionally long and intensified heat.

It added that the average temperature recorded in 30 weather stations across France has remained above normal since Oct 2.

This unprecedented heat was accompanied by violent thunderstorms over a large part of France on Oc. 23, causing significant damage, especially in the north of France, Meteo-France noted. – Bernama