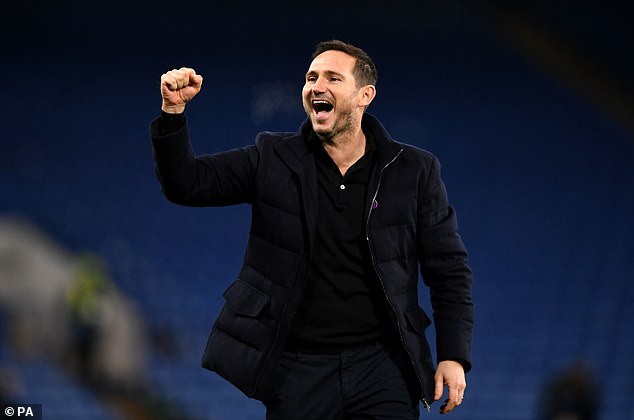 By Craig Hope for MailOnline

Frank Lampard says there is nothing wrong with Chelsea supporters believing they can win the Premier League.

There were 2,000 fans inside Stamford Bridge for the first time this season and they witnessed their side move to the top of the table with a convincing 3-1 victory over Leeds.

It is the first time in more than two years that the Blues have occupied the summit overnight and they are now unbeaten in nine matches in the top-flight.

Lampard is still cautious when it comes to discussing their title chances, but he said: ‘There is nothing wrong with our fans thinking we can win the league. It was great to have them back. You can see how excited they are to be top of the league. It felt like a lot more than 2,000.

‘But it’s my job to know that it’s a long season. So I’m not thinking about that at the moment, it’s December.

‘We are a progression. I said that early in the season and it probably sounded like an excuse. 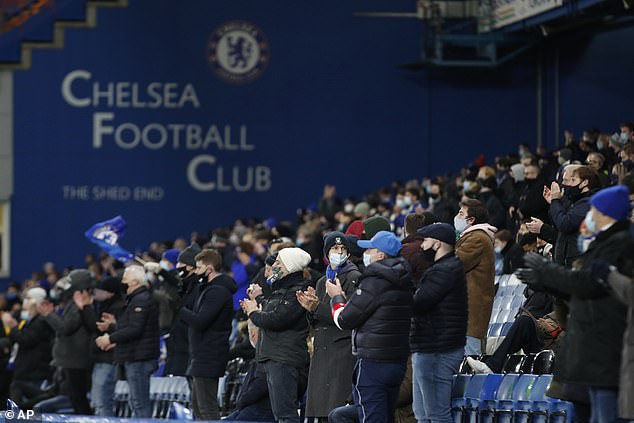 2,000 Chelsea fans were in attendance as their side beat Leeds to move to the top of the table

‘Whether it’s this season that we can get to the real heights that we want, we don’t know. It’s a long season and consistency is our next challenge. We’re moving in a good direction.’

Lampard and his team were questioned earlier in the season after opening with just two wins from six.

‘People will always question a last-minute 3-3 draw at home with Southampton (in October) at Chelsea. It’s our job not to get caught up in the mess, the chat and the talk and think about what happens on the training pitch and here. At the moment the spirit is good. 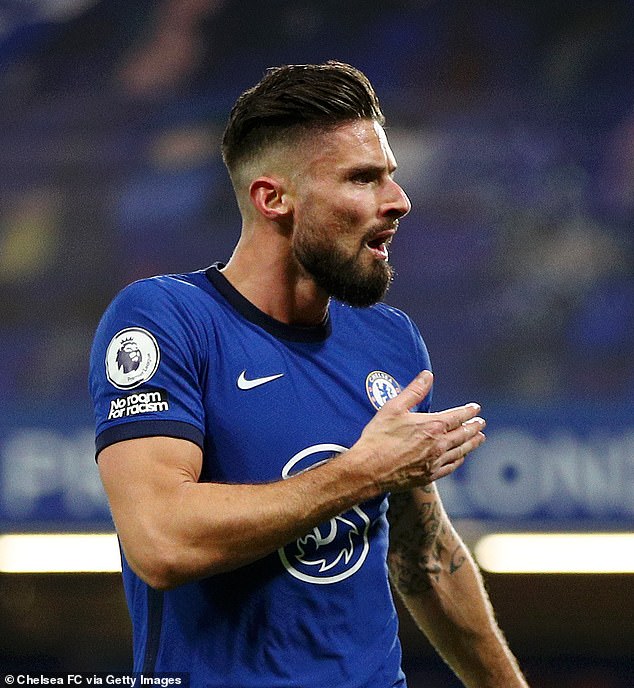 ‘But the reason Liverpool and Manchester City have done so well through the last few years is because they do it all season, we’re in a patch.’

And Lampard praised the impact of scorer Olivier Giroud, making his first start in the league since July on the back of four goals in the Champions League in midweek.

‘His performance was great,’ he said. ‘That reference point he creates as a frontman. People always question me about him, but I know I can rely on Oli when he’s there, and that’s huge.’

Meanwhile, Leeds boss Marcelo Bielsa had no complaints with the outcome.

‘I thought the result was fair,’ he said. ‘It was a difficult game given the quality of the opposition.’