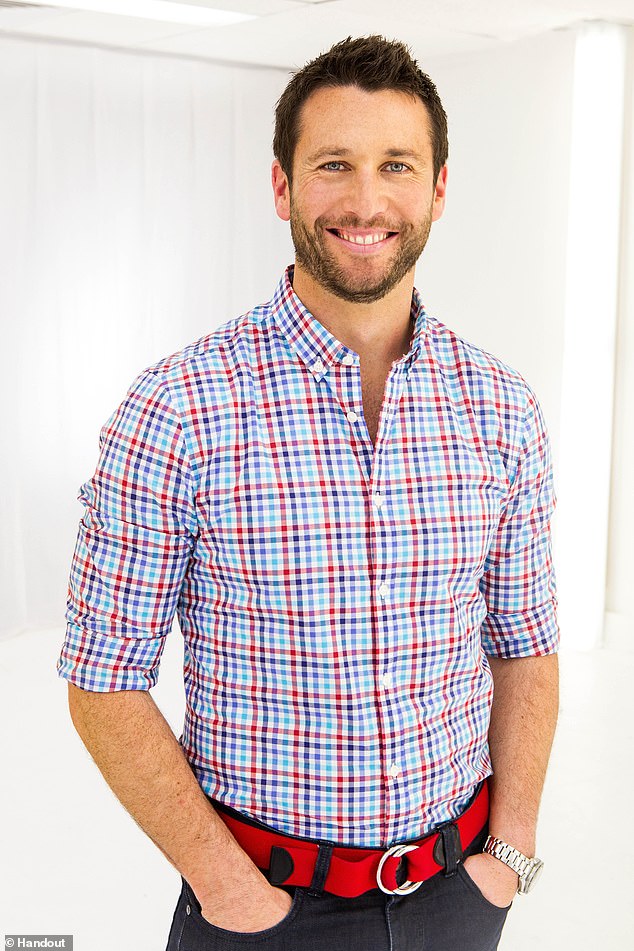 
A top Australian doctor has revealed what his average day on a plate looks like.

General practitioner Dr Sam Hay, who you may recognise from Channel Seven’s SAS Australia, said he opts for fresh wholefoods over processed but the occasional burger or beer is OK.

From fruit smoothies to a Banh Mi and even a beer in the evening, the celebrity doctor revealed his typical day of eating.

Dr Hay said he usually eats breakfast at about 7am after waking up at 4am to hit the gym.

‘I train a lot in the morning so it’s important that I’m replenishing what I’m using up in the gym,’ he told Femail.

‘I’ll go for something fast and efficient like a smoothie with protein powder and good fruits to make sure I’m getting all the micronutrients and antioxidants.’ 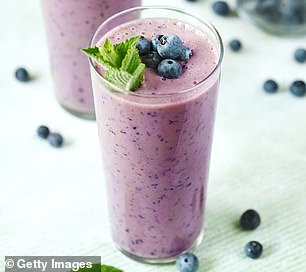 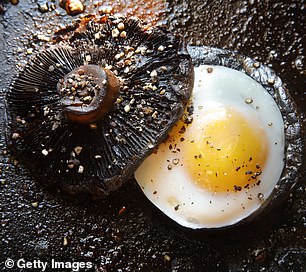 For breakfast, Dr Hay opts for a fruit smoothie with protein powder on weekdays but will go for something more ‘deluxe’ on weekends like a cooked breakfast with eggs and mushrooms on the weekend

‘On the weekends I’ll cook up something more deluxe or go out for breakfast – usually some eggs, good wholesome veggies and get the spinach and the mushrooms in.’

For lunch, Dr Hay said he often grabs a salad roll but a Vietnamese banh mi is his ‘go-to’ meal.

‘I like being spontaneous for lunch after a morning of patients – I like being able to make a decision based on what I feel like at the time,’ he said. 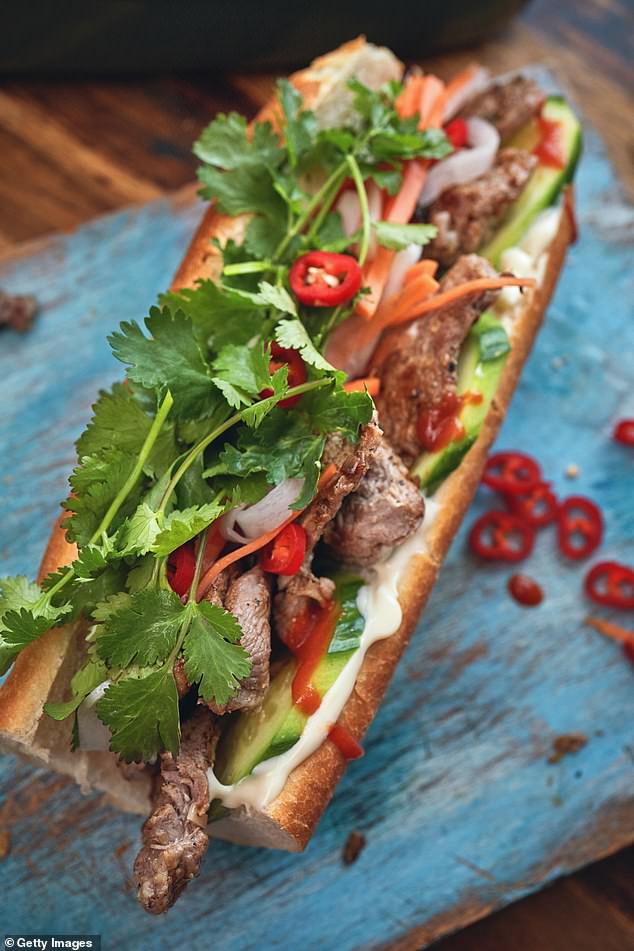 For lunch, Dr Hay said he often grabs a salad roll but a Vietnamese Banh Mi is his ‘go-to’ meal

Dr Hay said he will occasionally have a fibre-rich snack such as a handful of nuts or piece of fruit during the day.

After work, the GP admitted he’ll indulge in a handful of crisps or some biscuits and cheese and that he ‘loves a beer’.

‘I have a view that nothing we eat is actually bad for us but there are certain things we eat too much of too often that have consequences,’ he said. 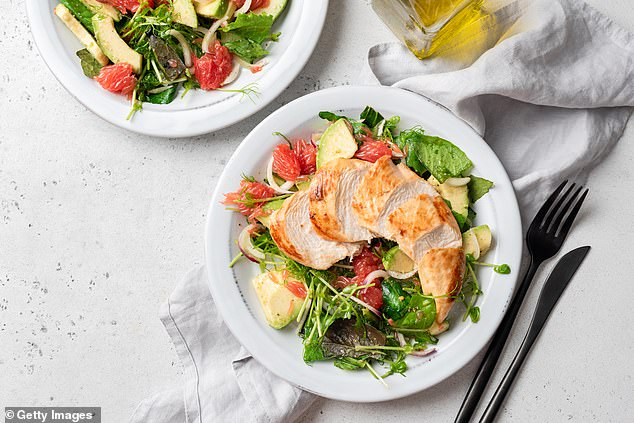 For dinner, Dr Hay will go for a lean meat like chicken or sausages with a salad or vegetables

A ‘standard’ dinner for Dr Hay he says is usually a lean meat with salad or fresh vegetables. 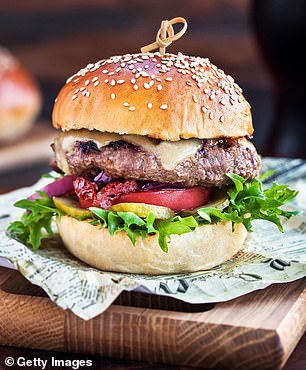 Dr Hay said it’s ok to go for ‘cheat foods’ like burgers but only limiting them to one or two meals a week.

‘It depends what looks good at the butcher each day but I usually go for lean sausages or chicken,’ he said.

Dr Hay said ‘cheat foods’ are OK but to have them in moderation.

‘I’m only human, I love a burger and all those things but you should minimise them to only one or two meals a week rather than several,’ he said.

‘A lot of food you don’t want to be eating regularly are high fat, high salt, high sugar foods – they have too much energy and not enough of those micro-nutrients that support growth and immunity.’

He also advises eating fruits and vegetables that are packed with lots nutrients, like mushrooms.

‘They have heaps of fibre for improved gut function and are a great source of vitamin B, vitamin D, selenium and folate.’