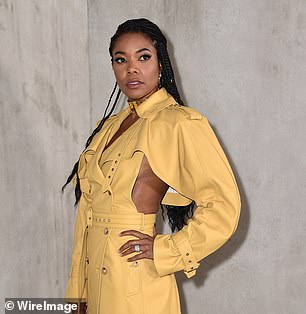 Gabrielle Union has called out Terry Crews once again over his recent criticisms of the Black Lives Matter movement and lack of support in her discrimination allegations against NBC and America’s Got Talent.

And for a third time Crews is apologizing to his former co-star in a tweet.

This latest critique by Union happened when she was asked about Crews’ comments regarding BLM and her firing from AGT, both of which received strong backlash, during an interview on the Spotify podcast Jemele Hill Is Unbothered. 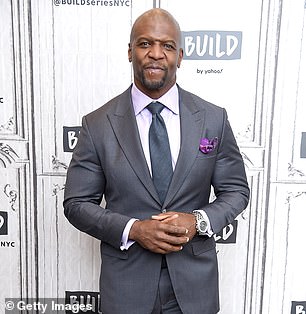 War of words: Gabrielle Union slammed Terry Crews once again over his critique of Black Lives Matter and his lack of support in her battle with NBNC and America’s Got Talent

‘People hit me all day long and are like, what’s happening? And the only thing I know for sure is that Terry Crews gets three checks from NBC,’ Union answered back.

‘So, I don’t know if being worried about job stability — which listen, we all know that if you speak up about racism and white supremacy, you absolutely can be shown the door. I don’t know if that’s the motivation.’

The actress went on to add that she feels Crews’s recent actions are more proof that he was not on her side during her time on the competition reality show.

‘Based on his recent actions, do you really think Terry Crews was an ally, was helpful, was a sounding board? I think Terry Crews is showing us who he is and what he does during times of adversity and it’s not solidarity,’ she said with obvious passion.. 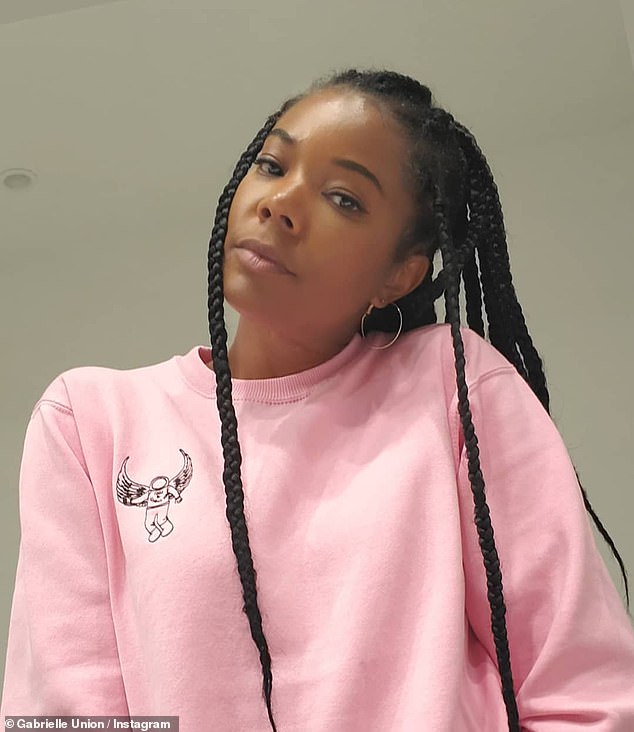 Strong opinion: Union, 47, claims Crews has been divisive with his comments about BLM and insinuated that he has to tow the line with NBC and AGT to keep his paychecks coming in 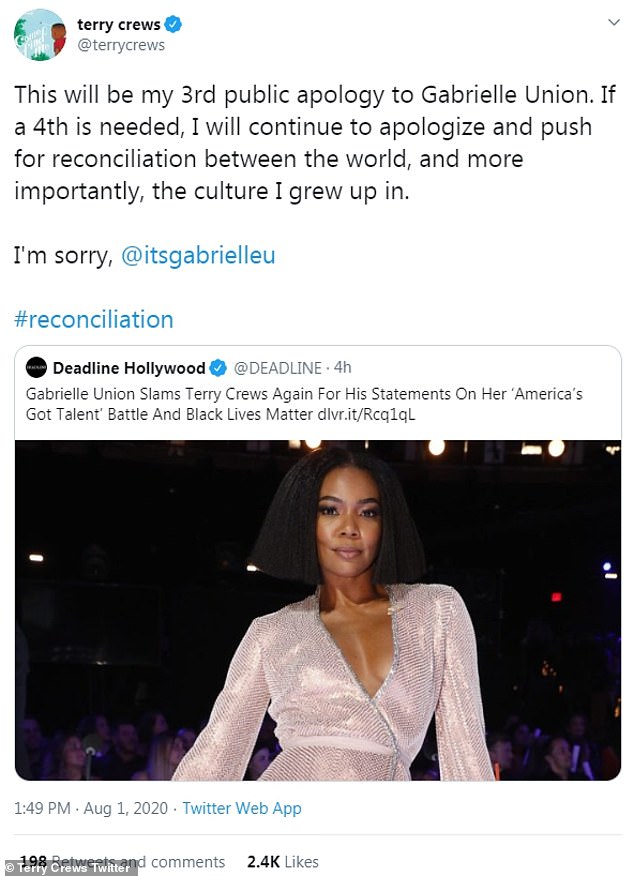 So sorry again: Crews issued his third apology to Union following her strong words during an interview on the Spotify podcast Jemele Hill Is Unbothered

NBC conducted an investigation into Union claims about working in a toxic environment during her time on AGT and concluded that she was not the victim of discrimination.

‘At the end of the day, the work that I am doing to make sure that NBC is a more fair and equitable place of employment will benefit you [Crews] as well,’ Gabrielle said as reported by Deadline.

‘So it’s OK to eat your cereal and let me do my thing and get out of the way. If you’re not going to help, then get out of the way. If you don’t feel financially comfortable, or spiritually comfortable or you flat out disagree, but at the end of the day he will benefit from a safer, more equitable workplace from what I stuck my neck out to do and got fired for, you know? Instead of actively working against progress,’ she added.

‘This will be my 3rd public apology to Gabrielle Union. If a 4th is needed, I will continue to apologize and push for reconciliation between the world, and more importantly, the culture I grew up in. I’m sorry, @itsgabrielleu #reconciliation,’ he wrote. 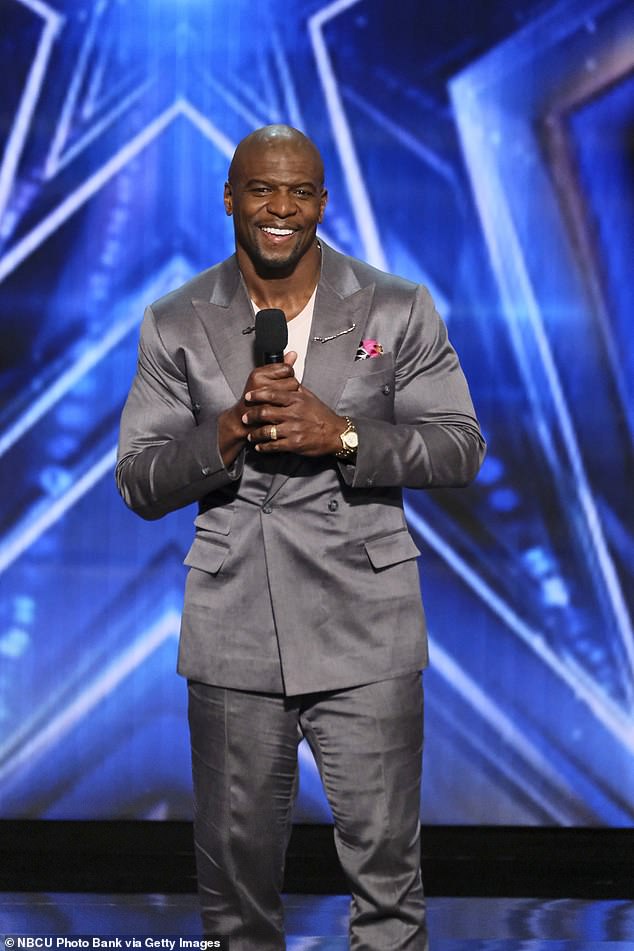 The give-and-take: Crews, 52, received backlash in recent weeks over a tweet he wrote about ‘black supremacy’, and how the Black Lives Matter movement may be changing its focus, in light of the recent uprising over racial equality and police brutality

This give-and-take started after Crews received backlash over a tweet he wrote about ‘black supremacy’, and how the Black Lives Matter movement may be changing its focus, in light of the recent uprising over racial equality and police brutality.

Just weeks later he took to Twitter and urged people to remember that they are all children of God.

‘If you are a child of God, you are my brother and sister. I have family of every race, creed and ideology. We must ensure [black lives matter] doesn’t morph into [black lives better.]’

From there, the television personality went on CNN and debated the purpose of the BLM movement.

Union was a judge for the 14th season of America’s Got Talent, but she was let go after that one season in November 2019.

She claims she was fired after she speaking up out against racism, and has since filed a discrimination suit in May against the producers of AGT, citing racism and prejudice. 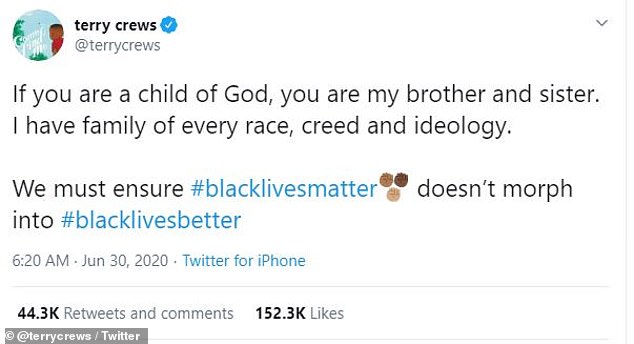 The give-and-take: In another tweet Crews urged people to remember that they are all children of God, all while commenting about his hope that Black Lives Matter doesn’t morph into Black Lives Better