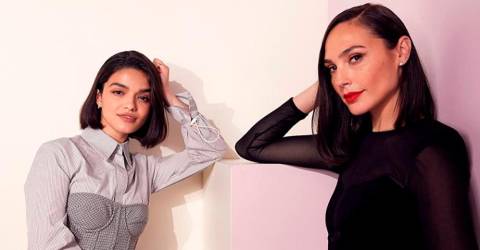 AT the D23 Expo last Friday, it was confimed that Walt Disney’s 1937 Snow White will get a live-action remake.

The upcoming musical fantasy film stars Gal Gadot and Rachel Zegler, and the costars told People about how it was working together.

The Wonder Woman star plays the Evil Queen, and said that she wanted to make sure that she kept her character “delightful and delicious”.

Gadot added: “For me, it was making sure the Queen is not just evil for the sake of being evil. There is a complexity. Between the two characters, it’s like a mother-daughter relationship in a weird way. It’s what happens to a woman when she feels like she’s not relevant anymore, what can come out of her.”

While the Evil Queen’s look has yet to be revealed, Gadot teases that she managed to spook others on set when dressed in her “heavy as hell” costume.

“Just to be able to be that character and feel what it makes other people feel,“ Gadot explains. “Usually I make people talk to me, open and comfortable. With this one, I truly felt people were intimidated by me.”

Gadot said that it was “enjoyable” to play a fairy tale villain and “go bigger, to be more theatrical, to speak through your body, and to do all those things.”

“We danced a lot,“ recalls Zegler. During breaks, the co-stars even sang and danced to Grease tunes together.

Gadot added: “And we laughed a lot … It was just a wonderful, commune-type of atmosphere on set. When you have this good chemistry between everybody, it really shows onscreen.”

Snow White is set to arrive in theatres in 2024.