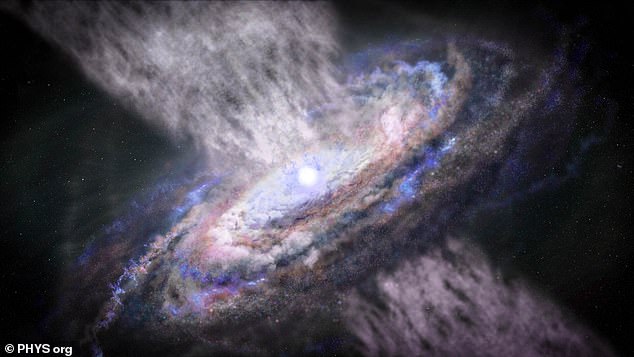 By Chris Ciaccia For Dailymail.Com


Astronomers have discovered gamma rays emanating from ultra-fast outflows (UFOs) coming from several nearby galaxies for the first time, a discovery that could shed light on how the Milky Way acted in its early days.

A group of researchers — led by those at Clemson University — used data from the Large Area Telescope onboard NASA‘s Fermi Gamma-ray Space Telescope and a stacking technique to combine weak signals to find the gamma rays from UFOs.

Not to be confused with extraterrestrials, UFOs are powerful winds that come from supermassive black holes that could play a role in how large the black hole itself grows, as well as the host galaxy.

All galaxies have supermassive black holes at their centers, including the Milky Way, which is home to Sagittarius A*. 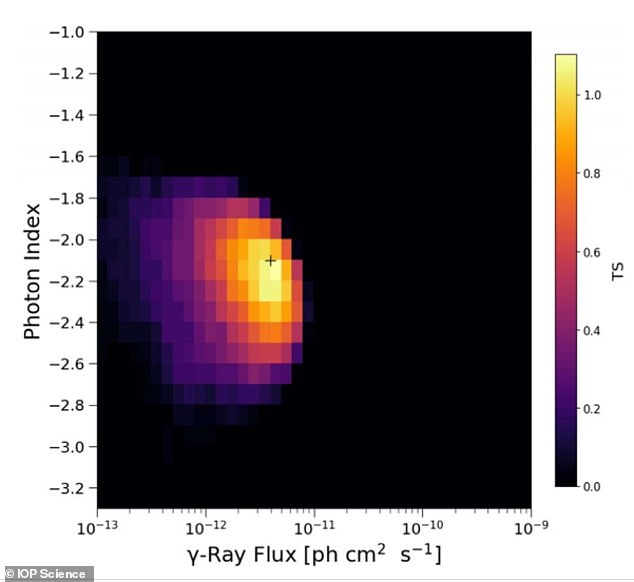 Some of these black holes are dormant, while others are known as active galactic nuclei.

In recent years, scientists have found that Sagittarius A*, the supermassive black hole at the middle of the Milky Way, is more active than previously thought, though it is not classified as active.

‘Although these winds are challenging to detect, it is thought that they play a significant role in how a massive black hole and the host galaxy itself grow,’ said the study’s lead author, Chris Karwin, in a statement.

‘Our gamma-ray observations show how supermassive black holes can transfer a large amount of energy to their host galaxy.

‘These UFOs create shock waves, which act like pistons and actually accelerate charged particles, known as cosmic rays, to near the speed of light.’

The black holes that are active suck up surrounding celestial objects around and ‘eat’ their matter, a process known as accretion. 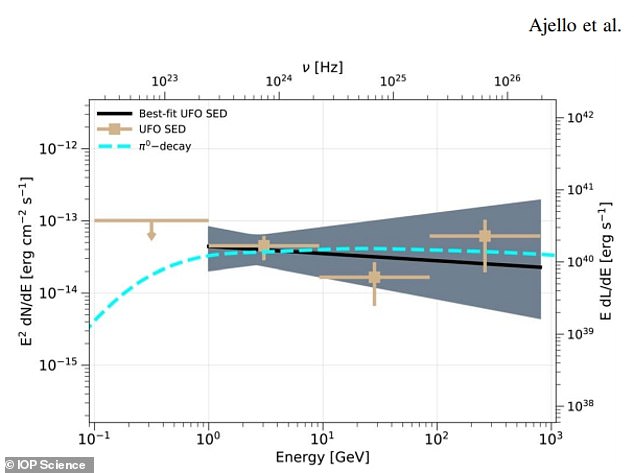 The black holes that are active suck up surrounding celestial objects around and ‘eat’ their matter, a process known as accretion

For UFOs, the winds actually play a role in the size of the galaxy and how it grows, something that can actually move gas (if powerful enough) over time throughout galaxies.

This can change the relationship ‘between the masses of the central black holes and the velocity dispersion of stars in galactic bulges,’ the authors wrote in the study.

‘The effect on the galaxy is dramatic,’ said study co-author Marco Ajello. 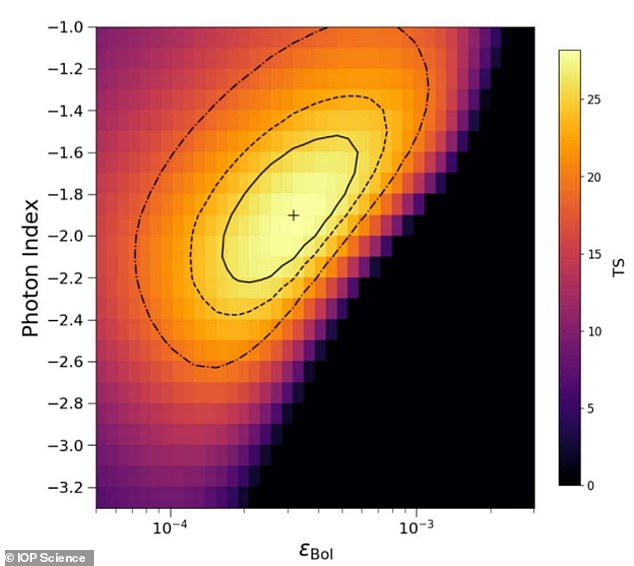 For UFOs, the winds actually play a role in the size of the galaxy and how it grows, something that can actually move gas (if powerful enough) over time throughout galaxies

‘The black hole at the center of the galaxy and the galaxy itself have a mechanism to grow together in mass—and this is the mechanism.’

Since the gamma rays are produced by cosmic rays, it’s likely that the UFOs can energize particles between galactic and extragalactic cosmic rays, Karwin explained.

The study could help give more insight into when Sagittarius A* stopped being active, Karwin noted.

‘Today, our black hole, Sagittarius A*, is not active, but it’s possible it was active in the recent past, maybe up until a few hundred years ago,’ Karwin said.

‘Our model supports the hypothesis that these Fermi bubbles may be remnants of past UFO-like activity from the supermassive black hole in the center of our galaxy.’

The study has been published in The Astrophysical Journal.

The galactic centre of the Milky Way is dominated by one resident, the supermassive black hole known as Sagittarius A*.

Supermassive black holes are incredibly dense areas in the centre of galaxies with masses that can be billions of times that of the sun.

They act as intense sources of gravity which hoover up dust and gas around them.

Evidence of a black hole at the centre of our galaxy was first presented by physicist Karl Jansky in 1931, when he discovered radio waves coming from the region.

Pre-eminent yet invisible, Sgr A* has the mass equivalent to some four million suns.

At just 26,000 light years from Earth, Sgr A* is one of very few black holes in the universe where we can actually witness the flow of matter nearby.

Less than one per cent of the material initially within the black hole’s gravitational influence reaches the event horizon, or point of no return, because much of it is ejected.

Consequently, the X-ray emission from material near Sgr A* is remarkably faint, like that of most of the giant black holes in galaxies in the nearby universe.

The captured material needs to lose heat and angular momentum before being able to plunge into the black hole. The ejection of matter allows this loss to occur.