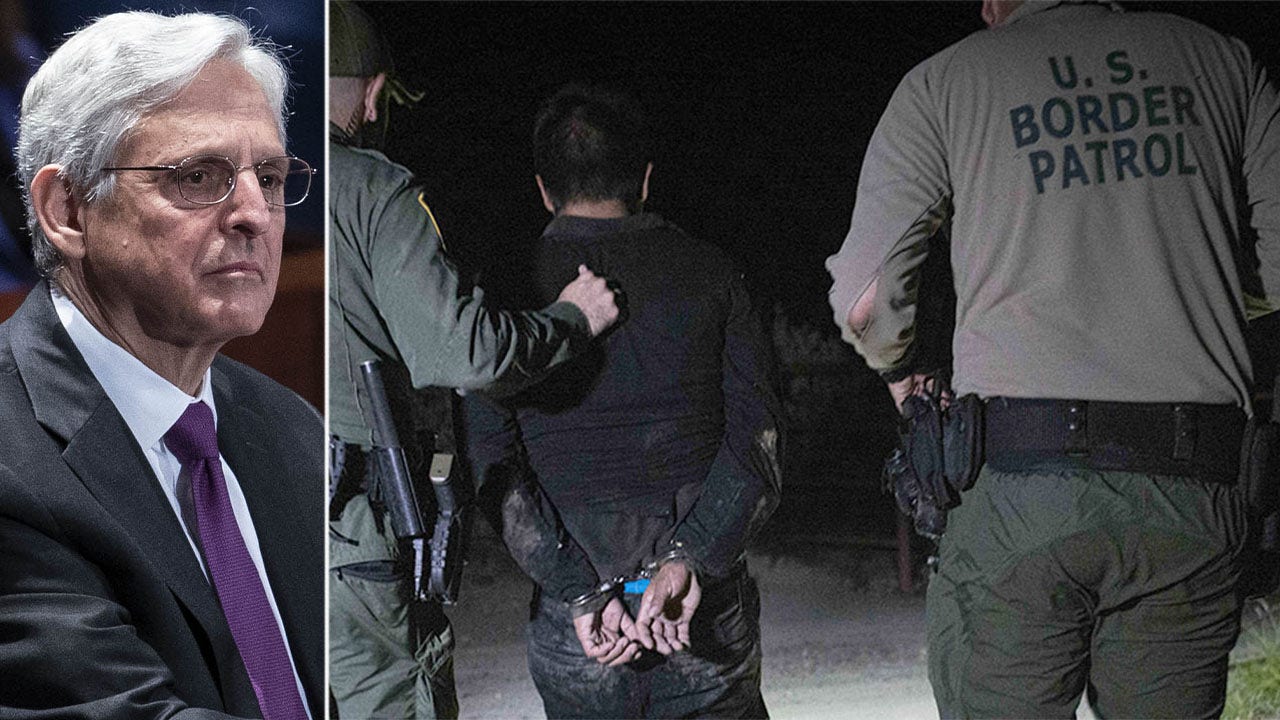 Attorney General Merrick Garland on Thursday did not have an answer to a question about how many migrants the Justice Department is prosecuting for illegally crossing the U.S.-Mexico border, which is a federal crime.

U.S. authorities detained more than 1.7 million migrants at the U.S.-Mexico border during the 2021 fiscal year, which ended in September – the highest number of arrests in a fiscal year since 1986, according to CBP data obtained by the Washington Post.

TENS OF THOUSANDS OF MIGRANTS GATHERING ON SOUTHERN BORDER AHEAD OF ‘REMAIN IN MEXICO’ RESTART, SOURCES SAY

“I don’t know the answer to that, but they have to be referred by the – ” Garland said in response to a question about the number of DOJ prosecutions from Rep. Tom McClintock, R-Calif., during a hearing before the House Judiciary Committee, before McClintock cut him off.

Garland added that he does not “have that number” off the top of his head but would be able to have a member of his staff provide it to McClintock.

“I think they should respect our laws,” the attorney general said when McClintock asked whether those crossing the border illegally should refrain from violating U.S. law and return to their home countries. “It’s up to the Department of Homeland Security to make determinations about how we resolve these matters.”

U.S. Customs and Border Protection’s (CBP) Rio Grande Valley sector came in with the most arrests, at 549,000 Border Patrol apprehensions, while the Del Rio sector had 259,000, according to data from the agency.

Migrants wait at an intake area after turning themselves in upon crossing the U.S.-Mexico border, late Tuesday, May 11, 2021, in La Joya, Texas. (AP Photo/Gregory Bull)

The border crisis began this year after President Biden took office, and local leaders in border states have accused the president of abandoning American residents in those states. The Biden administration issued a handful of immigration-related executive orders upon taking office that loosened Trump-era policies.

Among some of Biden’s most controversial border-related policies was the administration’s decision to rescind the Remain in Mexico policy, which required sending migrants back to Mexico as their immigration proceedings were heard.

A federal court ordered the administration to reinstate the Remain in Mexico policy earlier this year, and the U.S. Supreme Court refused to block the decision in August. DHS plans to restart the policy by November, but is still working on a more long-term effort to abolish the program.