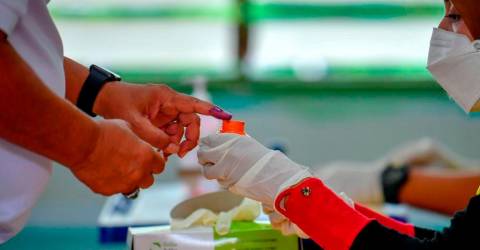 KUALA LUMPUR: Malaysians should vote for the leader who advocates the concept of stability to the country’s democracy when they go to the polls in the 15th general election (GE15), this Saturday, said the Indonesian Association of Journalists Malaysia-Indonesia (ISWAMI).

ISWAMI Indonesia secretary-general N Syamsuddin Ch Haesy said one of the ways is to bring progress to the country through political stability as championed by Prime Minister Datuk Seri Ismail Sabri Yaakob through the Keluarga Malaysia concept.

“The Keluarga Malaysia concept brought by the Prime Minister has changed the community’s mindset about the democratic process that can be achieved through national harmony.

“Choose what and who the people believe is right, don’t choose a leader because you are influenced, because casting your vote is an expensive right to contribute to the nation and the country,“ he told Bernama after appearing as a guest on the Malaysia Petang Ini programme on BernamaTV, yesterday.

He said the government led by Ismail Sabri has also proven that the democratic process can be nourished through the cooperation of the ruling and opposition parties through the memorandum of understanding reached earlier.

“Ismail Sabri has the ability to bring those who are politically apart closer to develop a commitment together. There is no swearing or harsh words (from him). He is a communicator who could reach the heart of his opponents,“ he added.

Meanwhile, ISWAMI Indonesia president Asro Kamal Rokan said the approach brought by Ismail Sabri in leading the previous government through the Keluarga Malaysia concept is a big boon for the country.

“Perhaps because his background as an ordinary member of society makes him close to the people,“ he said. – Bernama