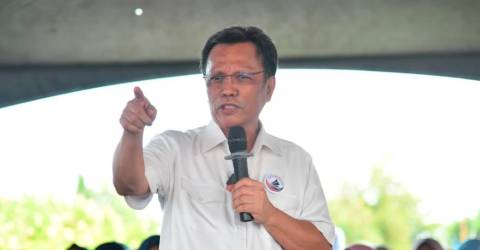 Without commenting on the date of the manifesto launching, he said the essence of the party’s manifesto includes, among other things, a vision to strengthen unity, apart from offering transparent governance if elected to lead the government and a parliamentary constituency.

Mohd Shafie said Warisan also outlined the mission to offer a clean government with integrity, an inclusive government and a fair government in the manifesto.

“We want a government that carries out its responsibilities transparently as well as a fair and equitable government so that all strata of people are entitled to help from the government.

“This manifesto is simple but the content is deep. We’ll see how it goes,“ he said when met by Bernama after attending a Leader with People function for the Kinabatangan parliamentary constituency here today.

Meanwhile, Mohd Shafie said, Warisan will not field a candidate for the Kinabatangan parliamentary seat if it does not have the confidence to win in that area.

The Kinabatangan parliamentary seat is a straight fight between Barisan Nasional Sabah chairman Datuk Seri Bung Moktar Radin who has also held the seat for five terms since 1999, and Warisan new face Mazliwati.